Ajayi Lateef a nineteen-year-old suspected armed robber has been caught with a dummy gun and apprehended by the police. 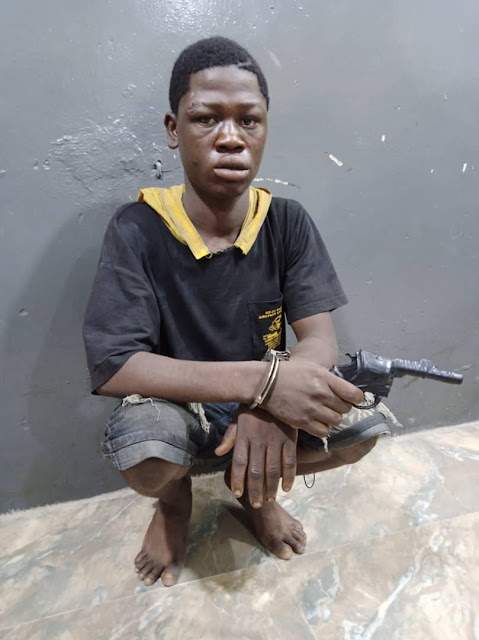 This happened at about 1 am around Victoria Island Lagos, when his gang has allegedly robbed a tricycle.

Ajayi has been taken to the State CID Panti, for more investigations following order from the State Commissioner of Police Hakeem Odumosu.

This information was disclosed by the Lagos Police spokesperson SP Olumuyiwa Adejobi.