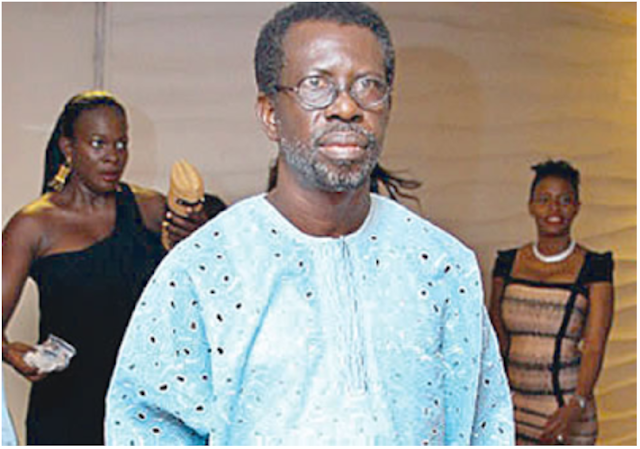 The year 2020 has been a stormy one in all sectors of the country. Despite the glitz and glamour associated with the entertainment industry, stars in the Nigerian film industry were not left out in the plight. As the year is gradually coming to an end, here are 20 stars that died in the year 2020.

This iconic actor was popular in the Yoruba speaking sector of the Nigeria film industry. The thespian died on January 13, 2020, at his residence in Ibadan, Oyo State, after battling an undisclosed illness for six months.

The actor was popular for movies like Ogborielemosho, Bashorun Gaa, Odun Baku.

Veteran Nollywood actor, Frank Dallas, died on February 19, 2020. It was reported that the actor died after suffering cardiac arrest in his hotel room in Umuahia, Abia State while attending a summit.

Renowned actor, Kayode Odumosu, fondly referred to as Pa Kasumu by his fans and lovers, died on March 1, 2020, after a long battle with various illnesses.

The veteran actor was a household name in the Yoruba speaking sector of the Nigerian film industry. In 1969, he featured in the popular play titled, Omo Ekere, Sango:

In April, the Nigerian movie industry was thrown into a state of mourning after the announcement of the death of popular actor, Rasheed Abu.

The President of Theatre Arts and Movie Practitioners Association of Nigeria, Bolaji Amusan, aka Mr Latin, confirmed his death saying, “Yes, he is dead. As the president of TAMPAN, I was reliably informed that he slumped, he was revived and unfortunately died on the way to the hospital.”

On March 24, fast-rising actor, Alkali Matt, popularly known as Dareng, died at 36 while shooting a film. Known for his role in Africa Magic series “Halita”, he died in Keffi, Nassarawa state.

A Nigerian filmmaker, Dimbo Atiya, who broke the news of his demise on Facebook, said the actor died “suddenly while he was filming on a set for an epic movie in a village near Keffi, Nasarawa State.”

The Nollywood star, who was the wife of the filmmaker, Sam Boye, died on May 10. She was popular for her role in the television series, Tinsel, where she played the role of Aunty Abike.

It was reported that she died after complaining of ill health a day before her demise. She died at 52.

Aside from her role in Tinsel, she was also a producer and presenter.

She would always be remembered for her pioneering role in Living in Bondage, Checkmate, Scandals.

Veteran actor, Yekini Omobolanle, popularly known as Baba Legba, died on September 7 in his Abeokuta, Ogun state home, after a battle with an undisclosed ailment.

In the early stage of his career, he joined the Alawada Theatre Group in 1974 and was playing comic roles along with Baba Sala.

He used to be known as Sunday Omobolanle before he went to Mecca and he turned Muslim. He was later referred to as Alhaji Yekini.

Popular film actor in the Yoruba speaking sector of the industry, Gbolagade Akinpelu aka Ogun Majek, is another to have fallen this year.

He died on June 25 at his residence on Imalefalafia, Oke-Ado, Ibadan, after battling an undisclosed illness. The death of the actor was confirmed in a Facebook post by veteran filmmaker Tunde Ola-Yusuf.

Veteran Nollywood actress, Shafkat Bose Adewoyin, popularly known as Madam Tinubu died on June 23.  She was best known for her role as Madam Tinubu in the film, Efunroye Tinubu, written by Professor Akinwumi Isola and directed by Gbenga Adewusi in 1989.

Adewoyin started acting at a young age. She was also a dancer and costumier.

She was on the contingent of the Lagos State Council for Arts and Culture that performed Funmi Odusolu’s famous dance musical, ‘ORÍ’ (Destiny).

Nollywood lost yet another talent this year with the demise of veteran actor, Yomi Obileye, on April 24. He died of an undisclosed ailment. The news of the star’s death was announced by comedian, Gbenga Adeyinka, who took to social media to share a tribute.

The deceased starred in Tade Ogidan’s movie, Hostages, in 1997, as well as the soap opera ‘Palace.’ He also starred in Head Gone in which he played the character Dr. Smith.

Nigerian actress Patience Oseni famed for her role in the television series, Super Story, died on February 17, 2020, in Calabar, Cross River State; although, there are speculations linking the cause of her death to cancer.

The Ogun State-born actress started her acting career in 1995 when she first starred in the movie ‘Deadly Passion.’ She then rose to prominence in Nollywood back in the late 1990s with her role in the movie ‘End Of The Wicked.’

The veteran actress would always be known for her role in the film, Koto Orun.

Also known as Osuntohun, she died on July 31 at age 67 at her residence at Ijetu area, Osogbo, Osun state. The veteran actress was said to have battled with an undisclosed ailment for some years. The news of her death was confirmed by Ademola Adedokun, the secretary of Theatre Arts and Motion Pictures Practitioners Association of Nigeria in Osun State.

Once again, death once struck the Nigerian film industry on May 21 as another Nollywood actor, Prince Femi Oyewumi, aka Laditi, died at age 51.

It was gathered that the filmmaker suffered from chronic back pain for months and had a relapse, which led to him being rushed to the hospital where he died.

His younger brother, Prince Kehinde Adegoke Oyewumi, confirmed the news of his death.

Also in May 2020, a movie Director, Mr Okechukwu Oku, announced the death of Emilia Dike on his Instagram. Dike reportedly died in Enugu after slumping.

She featured in Nollywood movies such as Ignorant couples, Dust of yesterday, Kings Guard, Where Money Never Sleep 1 and 2, and many more.

In April, the veteran actor, Ukwak Asuquo, famous for his role in the television show, The Village Headmaster, where he played the character, Boniface, was pronounced dead.

The news of Asuquo’s death was announced in a press release by actress and the Public Relations Officer of the Actors’ Guild of Nigeria, Monalisa Coker.

Veteran Yoruba filmmaker and actor, Gbenga Ajumoko, died in March after battling with a chronic ailment. It was reported that for over 6 months, the Ijebu, Ogun State-born actor was admitted at a hospital in Remo, where he was diagnosed with diabetes and hypertension, which affected his two kidneys.

He solely treated the ailments quietly until things got worse for him and he was transferred to a private hospital located at Ibadan Garage, Ijebu Ode, Ogun State before his death.

According to the Nigeria Police Force, the fast-rising actor in the Yoruba speaking sector of the movie industry was killed by armed bandits in Ote, Kwara State, on January 26.

His colleague, Ibrahim Chatta, broke the news on Instagram on Monday night.

According to Chatta, the deceased was murdered by armed men while journeying from Ilorin with a female actor, Toyosi Adesanya.

Another popular face on the hit television show, The Village Headmaster, star actor, Jimmy Johnson, was famed for his role as “Okoro”.

He died on July 8 after complications from surgery in an Abuja hospital at the age of 80.

Johnson’s acting career started on stage in Ibadan in the early 60s.

He worked with Professor Wole Soyinka in the Orisun Theatre Company and the Mbari artistes and Writers Club a diverse group of University lecturers, writers, visual artists, musicians and actors. Mbari was described as a magnet for artistes and writers of African descent from all over Africa, America’s and the Caribbean.

The Nigerian diva died in Spain on January 3. It was gathered that she was buried the next day at Villarejo de Salcanes, Madrid. The news of her death was announced by her close friend and colleague, Uche Ogbodo.

Prior to her death, she was a member of the Actors Guild of Nigeria, Spain Chapter. The actress produced the movie Stolen Vow.

Known as Mr Prolific, the moviemaker owned a production company called Grand Touch Pictures and he directed over 80 movies within a five-year period — each one shot in as little as three days.

It is often said that he held the record of the Nollywood director with the highest number of released movies.

He was the brains behind movies like Full Moon, Festival of Fire and Slave, among many others.