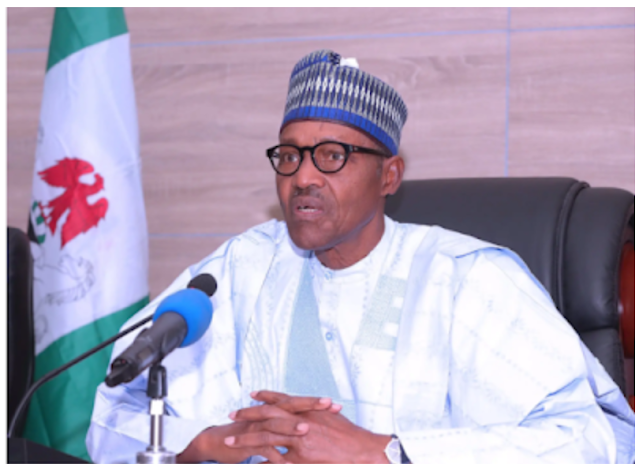 Nigerians on social media replied to a nationwide speech given to Nigerians by President Muhammadu Buhari on Friday to mark the beginning of the year 2021.

Some of them characterised the speech as lifeless, while others felt it was packed with false promises.

In some Twitter messages, Nigerians believe that the government has nothing else to give them.

@Ositadimma01, “Only on the radio and on social media. Abeg let me pass joor, this is a new year o! I don’t want empty promises again it’s too early for that i rest my case.”

@rmd_muruako, “Who are the youths? The ones you kill with all sorts everyday or the ones your celebrated bandits kidnapped to enrol in nokoharam while you return alimajiri? In fact I did not even see this?”

@dan_jaja, “Why re the flags not moving ? Is there no fan or A/c in the room?

Who ordered the shooting at Lekki till-gate?”

@princeizu12, “Same youth your government murdered just because they asked for better governance…”

@GreggAdie, “I’m not willing to start my year listening to empty promises…, this year i would enjoy it without feeling your absence.”

@Favoureg01, “Entrepreneurial superiority is so hard for my president to say in his recorded speech. Dude is so empty and lifeless. Let this man rest in Gods name.”

@Ajoshy_u, “No specifics. Just general talks as usual. No data to back up promises. Speech full of blame. Maybe someone can help explain better. Please.”

@Jajil_inton, “Many promises, since 1960, and what basic amenity do Nigerians enjoy? is it constant power? or good intra state roads, let alone interstate roads, is it the high tax on the economy? VAT 7.5%, is it poor public education system or poor health system financing? only hope is left.”

@Abu_muhd130, “The best Buhari can do to reclaim his integrity is to remove the Supreme Court government in #Imo state and bring back the duly elected one, allow the #Kano state house of Assembly, security and the judiciary to sincerely investigate Gandollar and then bring back the mandate of #Kano people.

@moses_real, “See who want to secure future for them. You failed in securing yesterday and now you are planning future. I know who I am and who to secure my future I know too.”

@AriyoAyodeji, “Like he promised us next level, abeg no secure future for us, who knows maybe is war on youth he declare like that…..enough ooooo. We just want to breathe.”