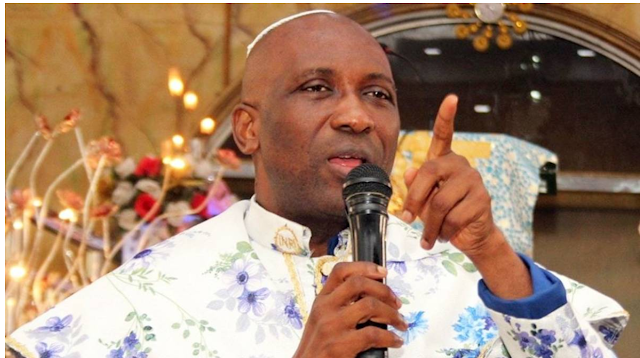 The founder and leader of the INRI Evangelical Spiritual Church, Elijah Ayodele, has told those hoping for power shift in 2023 to forget it.

Ayodele, who has been busy revealing his prophecies for the years ahead, said that God has disclosed to him that the North will retain power come 2023.

Ayodele said” President Muhammadu Buhari will hand over to another northerner as the region would retain the presidency in 2023″.

“A northerner will still come back as President. The North will not take it easy for any tribe to take over from Buhari,” he said in a series of prophecies released at the weekend.

“And this will cause problems in 2023 more than Nigeria had experienced in the past,” he added.

The prophet warned that 2023 may be the end of Nigeria as a country if the authorities fail to restructure the country.

“Nigeria should either go back to true federalism or risk break up,” he said.

The cleric further advised the National Leader of the All Progressives Congress, APC, Bola Tinubu, to shelve the aspiration of becoming Nigeria’s President.

“He said the ambition of the former Lagos Governor will be rubbished, revealing Bukola Saraki, Aminu Tambuwal, John Fayemi, and Chibuike Amaechi as potential contestants”.

“Tinubu’s presidential ambition will be rubbished. Those who may come out to contest include Tambuwal, Saraki, Fayemi and Ameachi,” the cleric said.

“Tinubu should not try it. Tinubu’s ambition will be rubbished and he will be grounded. He would have been at a vantage position, but there is something that will not make it to work,” he stated