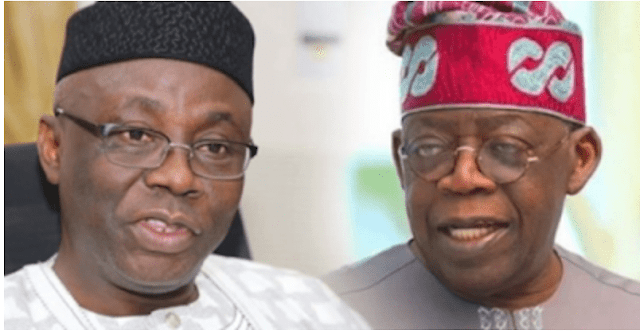 Odumakin underscored some of the factors when speaking to PUNCH on Wednesday.

According to him, being Yorubaland’s presidential nominee does not guarantee automatic endorsement.

Specifically, he said that the National Leader of the All Progressives Congress, Bola Tinubu; the Ekiti State Governor, Kayode Fayemi; and the Serving Overseer of the Citadel Global Community Church in Lagos, Pastor Tunde Bakare, would not deserve the endorsement of Afenifere if they did not follow the requirements.

Among the conditions outlined by Odumakin are the stance of the candidates on reform and other national issues.

He also argued that the contestants would have close views to those of late Chief Obafemi Awolowo on governance.

He said, “For us in Afenifere, we look at matters objectively. We look at all those who on parade, we look at what they are offering. What is their position on key national issues? You will not earn our support just because you are a Yoruba or Igbo man, but based on what you stand for within the moral crisis and the failure of state that is confronting Nigeria at the moment. How can you take Nigeria out of it? Those are the primary considerations that will determine those that we will give our support to.

“Like I said, where each candidate stands on the core issues, which is about restructuring Nigeria – returning Nigeria to Federalism. Nigeria is walking at the edge of failure, state failure confronts Nigeria, and to bring Nigeria back from that edge, we need to reset Nigeria back to federal status.

“Cheif Obafemi Awolowo was very strong on this all his life – that any attempt to lead Nigeria as a unitary state will lead to failure. And that failure is confronting Nigeria at the moment. We need to bring Nigeria back to the path of restitution.”

He clarified that Afenifere had announced support for the People’s Democratic Party in the 2015 and 2019 presidential elections due to the pledge made by its candidates that the country will be restructured.

Goodluck Jonathan and Atiku Abubakar, who represented the PDP in the 2015 and 2019 presidential elections, lost Muhammad Buhari of the All Progressives Congress.

Responding to the party’s support for the PDP in the 2015 and 2019 presidential elections, Odumakin said, “In 2007, Afenifere supported Buhari as the presidential candidate of the ANPP. So, whoever we support in every election is a result of what they represent.

“When Afenifere endorsed Buhari, he was saying that supported restructuring. On the two occasions (2015 and 2019) that Afenifere has endorsed PDP, the party stood on the question of restructuring. It is not about the party, it is a function of what they said they would do that tallies with what we believe in.”