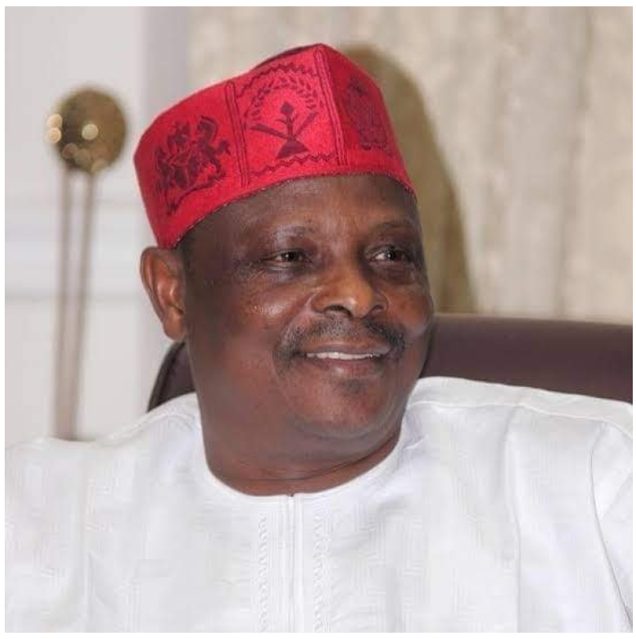 The ruling All Progressives Congress in Kano State on Tuesday replied former governor, Rabiu Kwankwaso,” over his remark that 2023 election is going to be a ‘do-or-die’ affair in Kano as his PDP will not accept another inconclusive election”.

The state’s caretaker party chairman, Abdullahi Abbas, after the inauguration of the APC caretaker committee to run the affairs of the party in the 44 Local Government Areas (LGAs) of the state, told Mr Kwankwaso “to let his children be at the front in actualizing his campaign slogan in 2023”

Mr Kwankwaso had warned the APC not to take the PDP for granted ahead of the 2023 general elections in the state.

In 2019, the PDP was leading in the governorship election in Kano before it was declared inconclusive by the electoral commission, INEC.

A supplementary election held in suspected areas was contentiously won by the APC thereby acquirng a second term for Governor Abdullahi Ganduje.

Mr Kwankwaso had while speaking to a packed audience mostly made up of his Kwankwasiyya followers who hailed him as he spoke, said the PDP and his supporters will not allow a repeat of what happened in the 2019 election again.

The video of the statement was later posted on Facebook on Kwankwasiyya Reporters, a page mainly devoted for spreading his political speeches and events, as well as criticize the APC-led administration in the state.

In the video, Mr Kwankwaso, speaking in Hausa language, said: “now they are power-drunk because they are enjoying the seat of power, they are not thinking of leaving power because for them 2023 is indefinite”.

“In their thinking, all these sins they are committing, they will collaborate with the Independent National Electoral Commission (INEC) in 2023 and security officials and other leaders to repeat the inconclusive election they orchestrated in Kano in 2019 and then we leave them”.

“2023 will come in different colours, it is going to be a do or die affair, we are going to be ready”.

“In 2023, I am calling on women to take up their pestle and wooden cooking spoons and hold it close to them (to protect their votes),” Mr Kwankwaso said amidst cheers from his supporters”.

Reacting to Mr Kwankwaso’s statement, On Tuesday, the APC caretaker committee chair, Mr Abbas, dared Mr Kwankwaso over the statement amidst cheers inside the Coronation Hall, filled with party supporters and faithful. including Mr Ganduje

Mr Abbas tasked APC supporters to confront and abuse anyone who disrespects Mr Ganduje and the APC, saying ”for now we are at the helm, nothing will happen.”

“For today we are at the helm nothing will happen since Kwankwaso is not afraid of death may God made us to see the day and the dead”.

“He is just lying and bragging, he will not come out and vote during election, his children also, he hide his children in Dubai and lying that its a do or die, let your children come forward the way our own are at the forefront during campaign,” the party chairperson said.

He added that “we dare you to come forward with your children, don’t hide them in Dubai, what kind of statement is this? You want death in Kano, ok let us come and die so what?”

On the inconclusive election,” we are going to repeat on what happened in 2019 in the disputed areas like Gama ward whether you like it or not, this is what we will do in Kano and Nigeria,” Mr Abbas said.