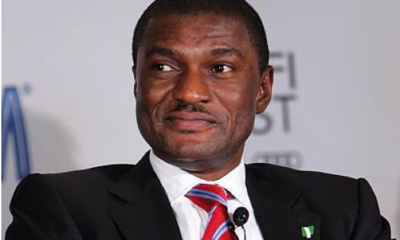 The Enugu Good Governance Group has accused the Labour Party (LP) and the All Progressives Grand Alliance (APGA) of playing politics with insecurity in the State.

The group, which was reacting to the announcement of suspension of campaign by the two parties over what they termed security concerns following recent attack on communities in Isi-Uzo Local Government Area (LGA) of the State by suspected herdsmen, maintained that LP and APGA could not have suspended what they had not begun in the first place.

This was contained in a press statement issued by the Enugu Good Governance Group on Friday, saying the opposition parties in the State failed to give credit to the Governor Ifeanyi Ugwuanyi administration for the quiet successes recorded in securing the state within the nation’s extant legal frameworks.

Recall that suspected herdsmen had attacked communities in Isi-Uzo LGA on Saturday, leading to several casualties.

Reacting, the opposition parties had announced the suspension of their campaign over alleged safety concerns.

However, in a statement issued by its National Coordinator, Comrade Odinaka Okechukwu, the group said: “It is unfortunate that some politicians are bent on making political capital out of our people’s misery. No one should play politics over something as serious as security.

“By the way, the people of Enugu are not aware that APGA or Labour Party governorship candidates are campaigning anywhere in the State, as their presence is not felt anywhere. So, how come they claim to have suspended what they have not started in the first place?

“Also, one of the objectives of the renewed attacks is obviously to torpedo the 2023 general election in the state. So, we encourage the candidates that have started campaigns to continue, as doing otherwise would amount to surrendering to the nefarious plots of the enemies of peace, security, and democracy in Enugu State”.

The group, whose coordinator is from Mgbuji, Eha-Amufu as Hon. Chijioke Edeoga, said that the latter had no moral justification to criticise the Ugwuanyi administration he served under as a commissioner for two terms, especially as he failed to help address the insecurity in Isi-Uzo as someone, who occupied various positions allocated to Isi-Uzo for over 25 years.

“This herdsmen monster grew and took root under Edeoga as the political leader of Mgbuji and Eha-Amufu. He made no serious effort to quell this crisis.

“For over two years that this insecurity and suspected herdsmen killings started in Eha-Amufu, Chijioke Edeoga has never joined the people of Isi-Uzo to any of the crisis scenes in the forest.

“It is even sad that while the people of Eha-Amufu were in Ikpakpara Agu-Amede forest, visiting the crime scenes, lending financial and material assistance to victims; and while the government was intervening, Edeoga was busy hosting Labour Party members at St. Philips Church, Eha-Amufu,” the statement added.

The group challenged Edeoga to list the security infrastructure he attracted to the local government or Eha-Amufu community as former council chairman, Member, House of Representatives, presidential aide, and two-term commissioner in Enugu State

“The general insecurity in the country, the highly condemnable attacks by suspected herdsmen and bandits have regrettably become a national malaise.

“However, the Governor Ifeanyi administration must be accorded the deserved credit for the successes recorded in managing security in the state.

“Despite the national security challenges, Enugu has continued to be one of the most secure and peaceful States.

“This is therefore a call on our political leaders to join hands with the government in its efforts to secure lives and property within the latitudes allowed by the nation’s constitutional framework, rather than playing desperados’ politics with security challenges”, it concluded.