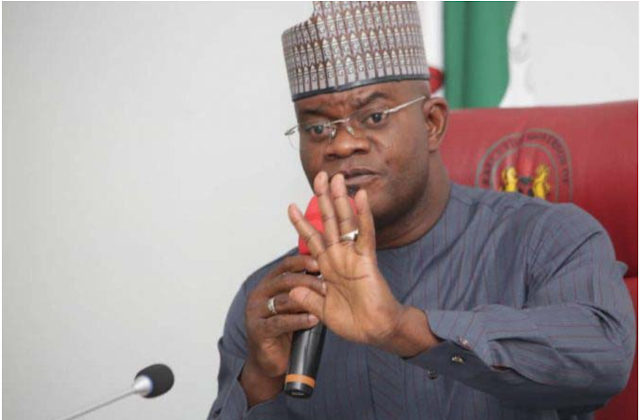 Kogi State Governor, Yahaya Bello has warned against distractions by calls for him to run for presidency in  2023, he said this on Monday 21st December, 2020.

His Chief Press Secretary, Nnogwu Sani Mohammed said this at the ongoing security and economic summit of the Northcentral Governors Forum in Makurdi,  Benue State , the Governor said he “is focused on delivering the mandate of rebuilding Kogi State.”

”His administration’s ability to curb insecurity in Kogi State and massive youth empowerment has been attracting support leading to the calls” for him to contest for presidency come 2023 but maintained that he does “not want to be distracted with such calls”.

The Governor has called on the people to give him the required support to deliver his second term promises to the people of Kogi State.

“The issue of the 2023 presidency should not be put on the front burner and heat the polity,”

“He assured the people that he is focused on his promises of improved security and youth employment of the state”.

Recall that the Kogi State Commissioner for Information and Communication, Kingsley Fanwo, had said that there is a deafening call for Bello, to run for President in the 2023 election

Fanwo said” this while displaying a campaign poster for Yahaya Bello” on Twitter.

In the campaign poster shared, “Nigerians are being convinced to see Bello as Presidential material for 2023 capable of replacing President Muhammadu Buhari”.