Jigawa State Governor Mohammed Badaru Abubakar has stated that crude oil drilling in the state will begin during the administration of Bola Ahmed Tinubu.

This was said by the Governor on Wednesday evening after handing flags to the All Progressives Congress candidates in Jigawa North West.

He said this in response to the oil exploration between Bauchi and Gombe states. 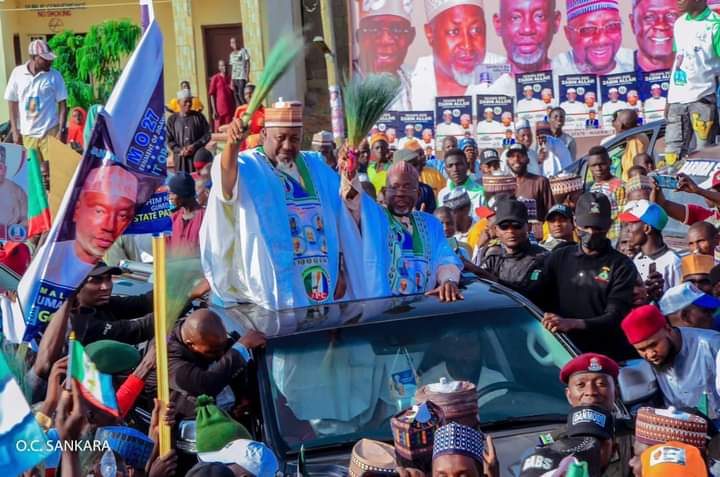 DAILY POST reported that President Muhammad Buhari had on Tuesday flagged off oil exploration in the two States.

Over one billion barrels of crude oil reserves and 500 billion standard cubic feet of gas exist in Kolmani River Oil and Gas Field.

According to him, Jigawa State is also blessed with an abundance of oil which would be explored during the Tinubu administration.

“By the grace of God, Jigawa oil will also be explored during the tenure of Tinubu for the benefit of the country and the State,” he said.