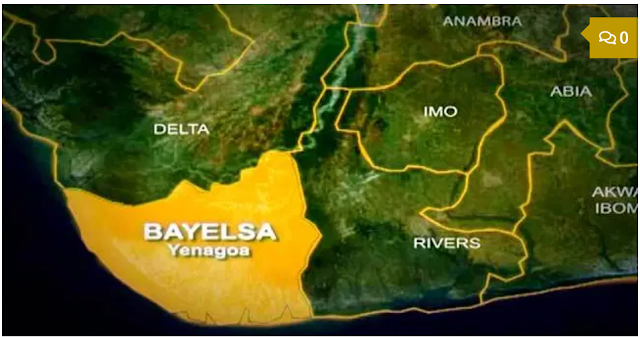 A 27-year-old man named Promise Oliver David, a resident of Yenagoa, Bayelsa State, killed his 18-year-old girlfriend, Esther Pascal, during a domestic dispute. The deceased, Esther Pascal, mother of a two-year-old daughter, was reportedly beaten to death at around 12 o’clock in a fight with her child’s father.It was gathered that the lovers had battled the issues of food and the health of the family.Residents in the area revealed that while the quarrel between the lovers had become a regular occurrence, they were woken up at about 11.30 a.m. on Sunday by the loud scream of the deceased for help.

“By the time a few of us got to their door, it was locked from inside. But we forced it open and met the deceased on the floor. We quickly tried to revive her with water thinking she fainted. But we discovered that she was dead. We immediately apprehended the man and alerted the police”.

Although few residents reported that the man used a heavy object to strike the woman on the head, others claimed that he was hit by a heavy blow. Some members of the Gender Response Initiatives developed by the Governor of Bayelsa’s Wife, Mrs. Glory Diri, have already visited the site.Barr. Barr. Dise Sheila Ogbise, the group’s Deputy Coordinator, told DAILY POST that the incident was tragic and called for further activism to end domestic abuse and violence against the child.The spokesperson of the Bayelsa Police Command, Asinim Butswat, confirmed the incident and said that the suspect had been detained by members of the Ekeki Police Division while further investigation was underway.