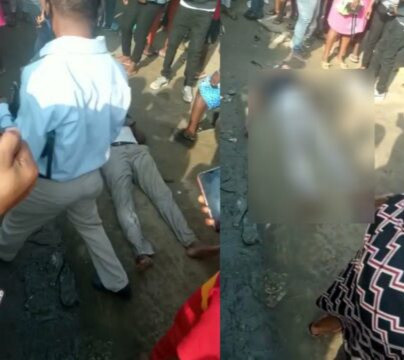 Eight people have been found dead in a stampede for free Christmas food items.

According to an eye witness, the sad event  occurred at an office supposedly  owned by Pinkcoin, an online blockchain digital assets designed for showing love

Pinkcoin was said to have invited everyone who registered with them in Obio/Akpor LGA to come and redeem their Christmas palliatives, on Tuesday.

A huge crowd turned up and could not be controlled as they struggled to get access to the premises of the firm.

Unfortunately, some people were trampled upon during the rush to collect the palliatives. 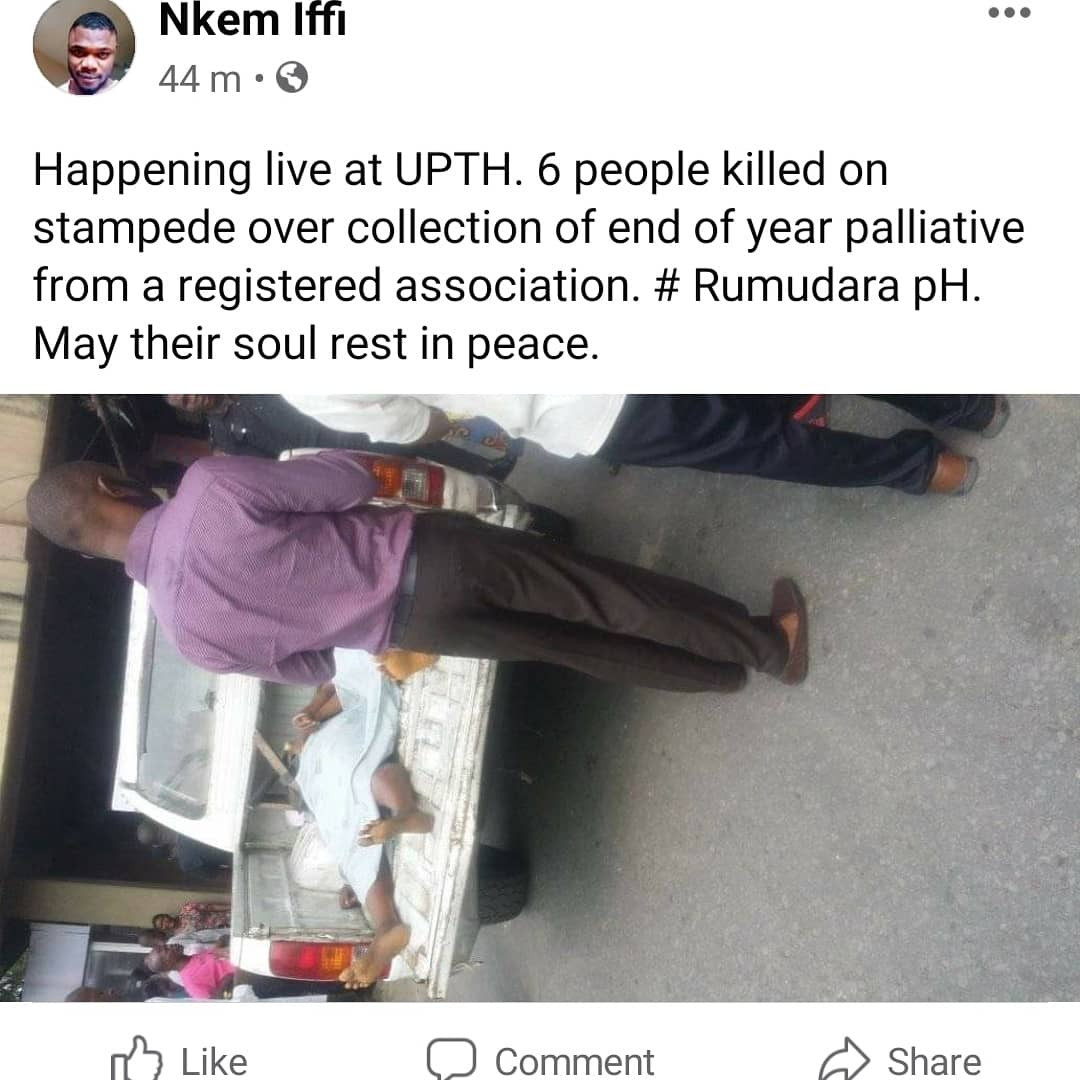 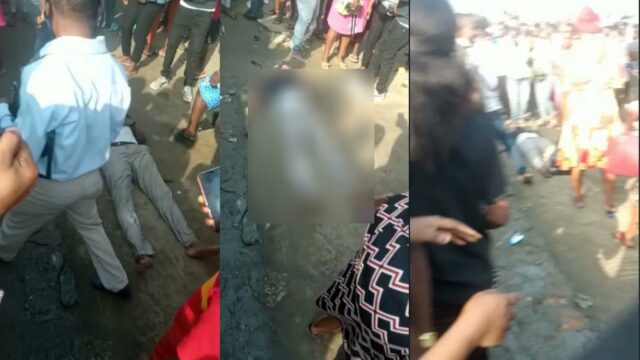 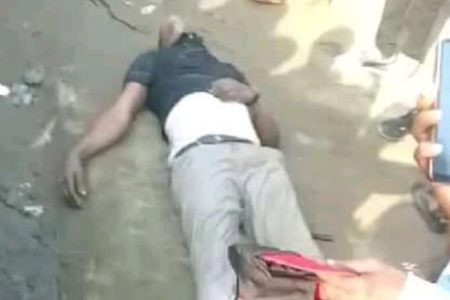 Below is a video of the crowd at the venue, waiting to collect the Christmas palliatives.