A black woman identified through her tweeter handle as ‘Simi’ has called out  Delta airline after being kicked her out of her first class seat. 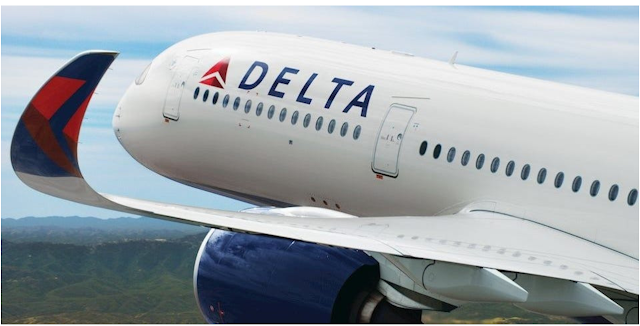 A black woman has called out Delta airline after being kicked her out her first class seat.

According to her, she was kicked out because the check-in attendant didn’t believe she bought first class.

Sharing her ordeal on the flight via Twitter, @simimoonlight said the incident almost made her cry.

The Twitter user who noted that everyone in the first class were white except her.

She added it was the first time she upgraded to first class.

Though Simi has condemned the ill treatment she received  but has demanded for a refund for the miles she paid for.

See her tweets below: 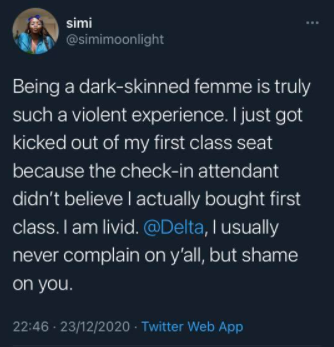 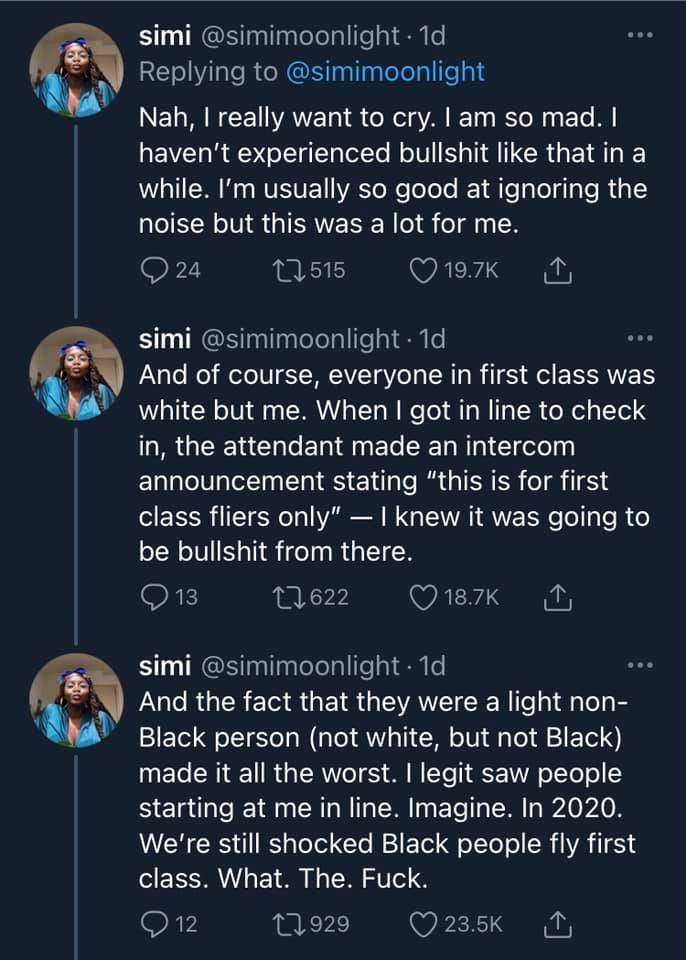 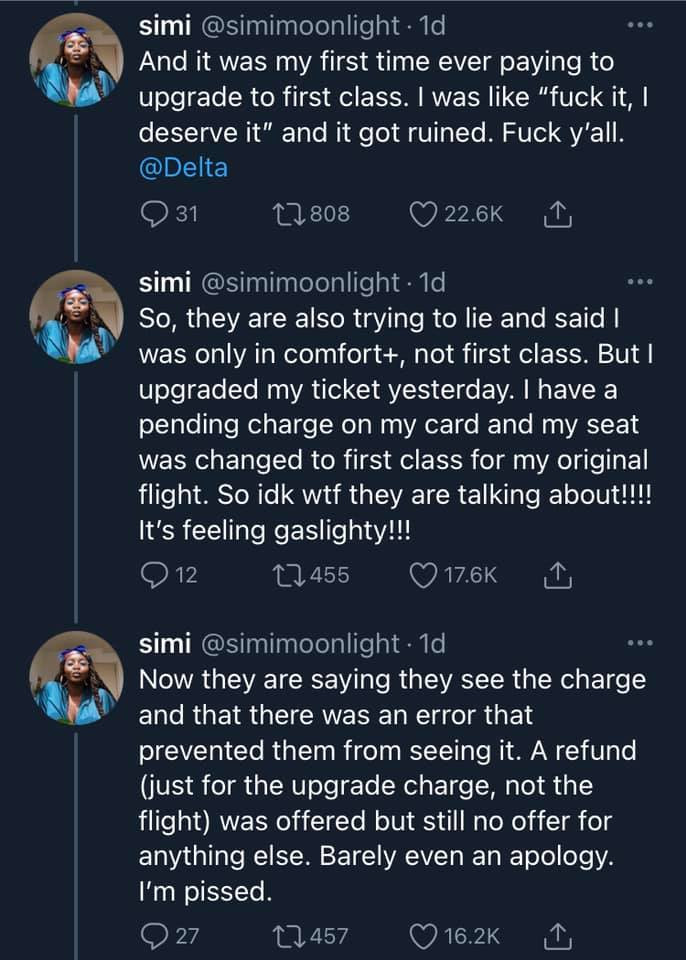 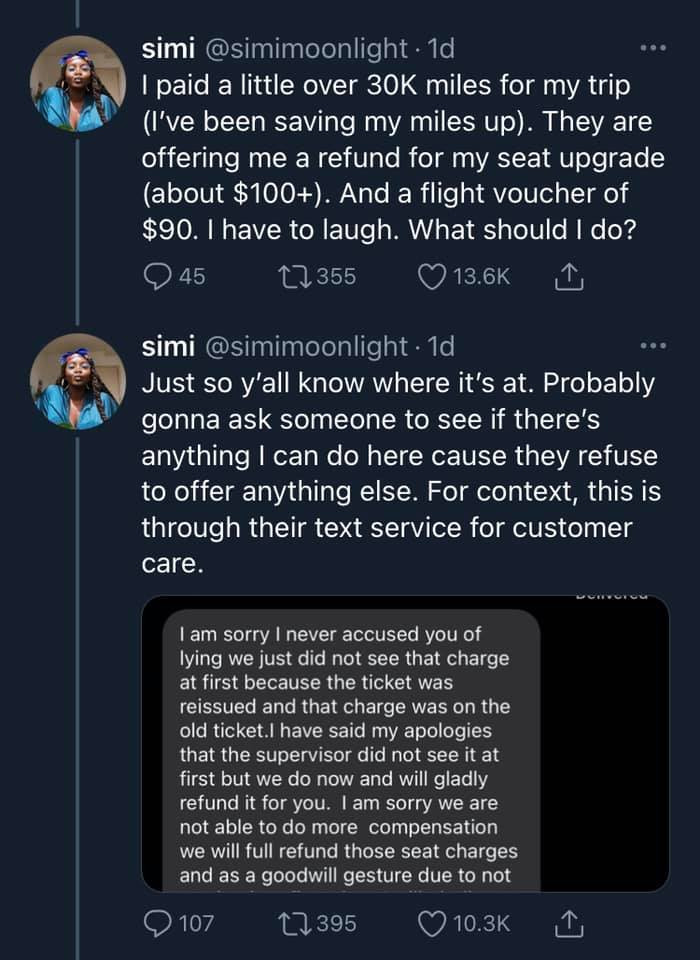 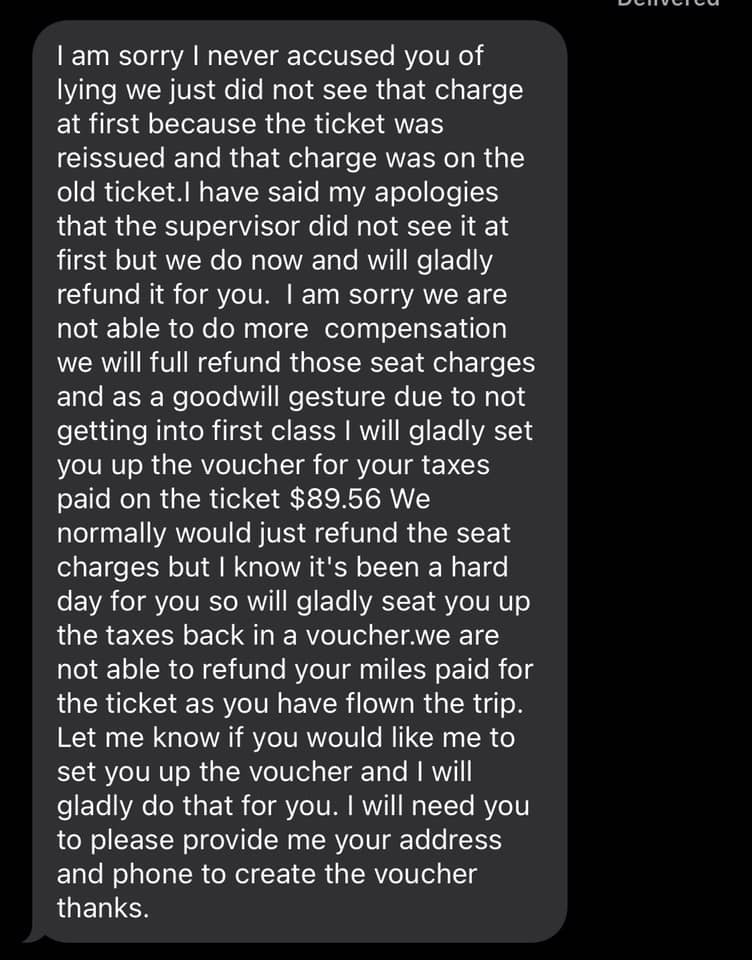 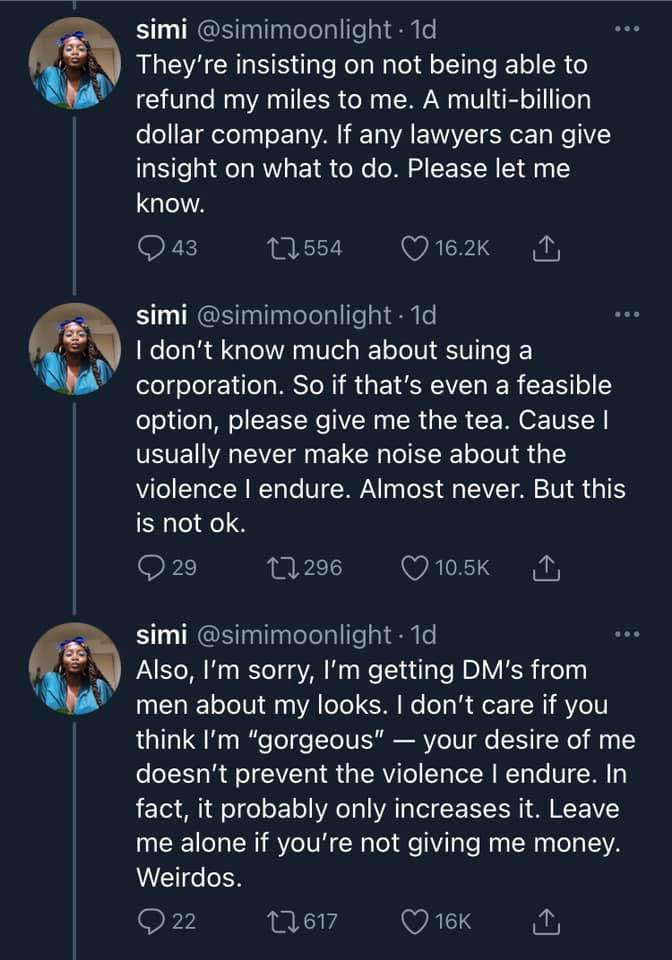 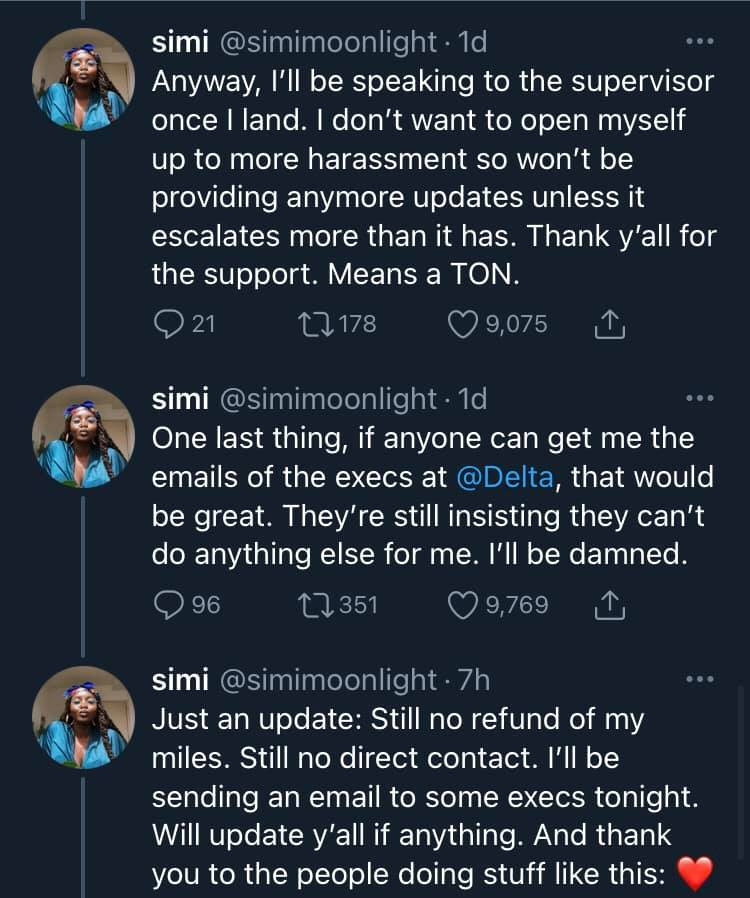 The lady got a refund for the miles she paid for after several people including the airline’s customers demanded for an explanation. The Twitter user also revealed that the airline insisted that it was not a discriminatory act after their investigation