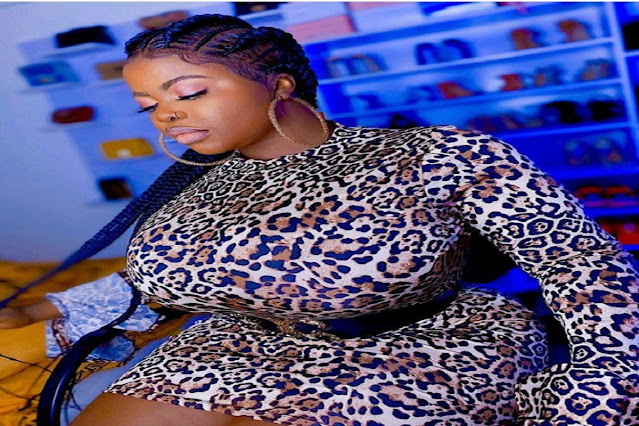 Ivory Coast having begun shooting for decades, Nigeria is increasingly
becoming a force pressing for the legalisation of filming adult films.
Individual dream work varies, but adult
movies have always been the most criticised.
No one knows what inspires beautiful and handsome young men and
women to make such films, but they are happy to do so.
Nigeria has notable women like Maami Igbagbo, Uglygalz, Afrocandy, etc in the illegal film industry, but there is one
who might not be very famous like these names, but the sexiest, curvy, and most-watched adult film actress.
Peace Olayemi, a Nigerian adult film actress, has gained a
strong reputation in the adult movie industry as a top-notch actress.
She used to play roles in the movies with Kingtblakhoc, but as
a stripper for cash, she has now carved a new niche for herself.
In the adult industry, her killer
curves are unrivalled and have no competition.
She also does comedy and has played some roles with famous Instagram
comedians such as “Sydney Talker” and Mr. Macaroni in some comedy skits.
On Instagram, and
has over 200k followers.