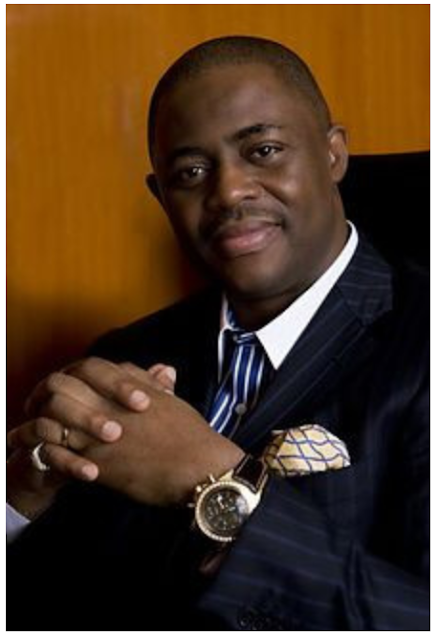 Former Minister of Aviation, Femi Fani-Kayode has stated that:

“men who do not give women at least two million naira in this era of ”kayanmata” (Aphrodisiac) to buy themselves goodies for Christmas is in trouble” .

FFK in his tweet, further stated that the “N2 million cash is outside of the traditional Christmas gifts”.

In this era of “kanyamata”, “bone straight” &”rip jeans” any man that doesn’t give his lady at least 2 million naira to buy HERSELF goodies for Christmas is in trouble”. “That is 2 million cash OUTSIDE of the traditional Christmas gifts he has to go &buy himself & present to her!” 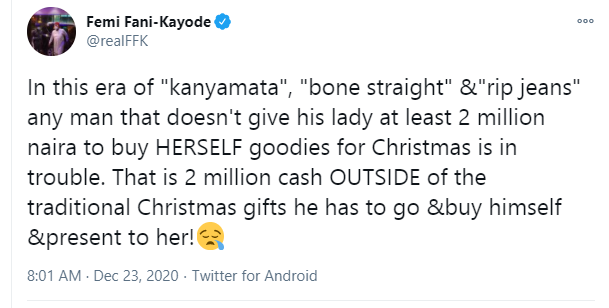