Sani was arrested on a suspected case of motorcycle theft, house burglary, and trespass, according to the Public Relations Officer of the Corps in the state, Adamu Shehu, who disclosed this in a statement on Tuesday, January 24, and punishable under sections 287, 349, 348 of the penal code law CAP P3 Vol. III laws of Jigawa State. 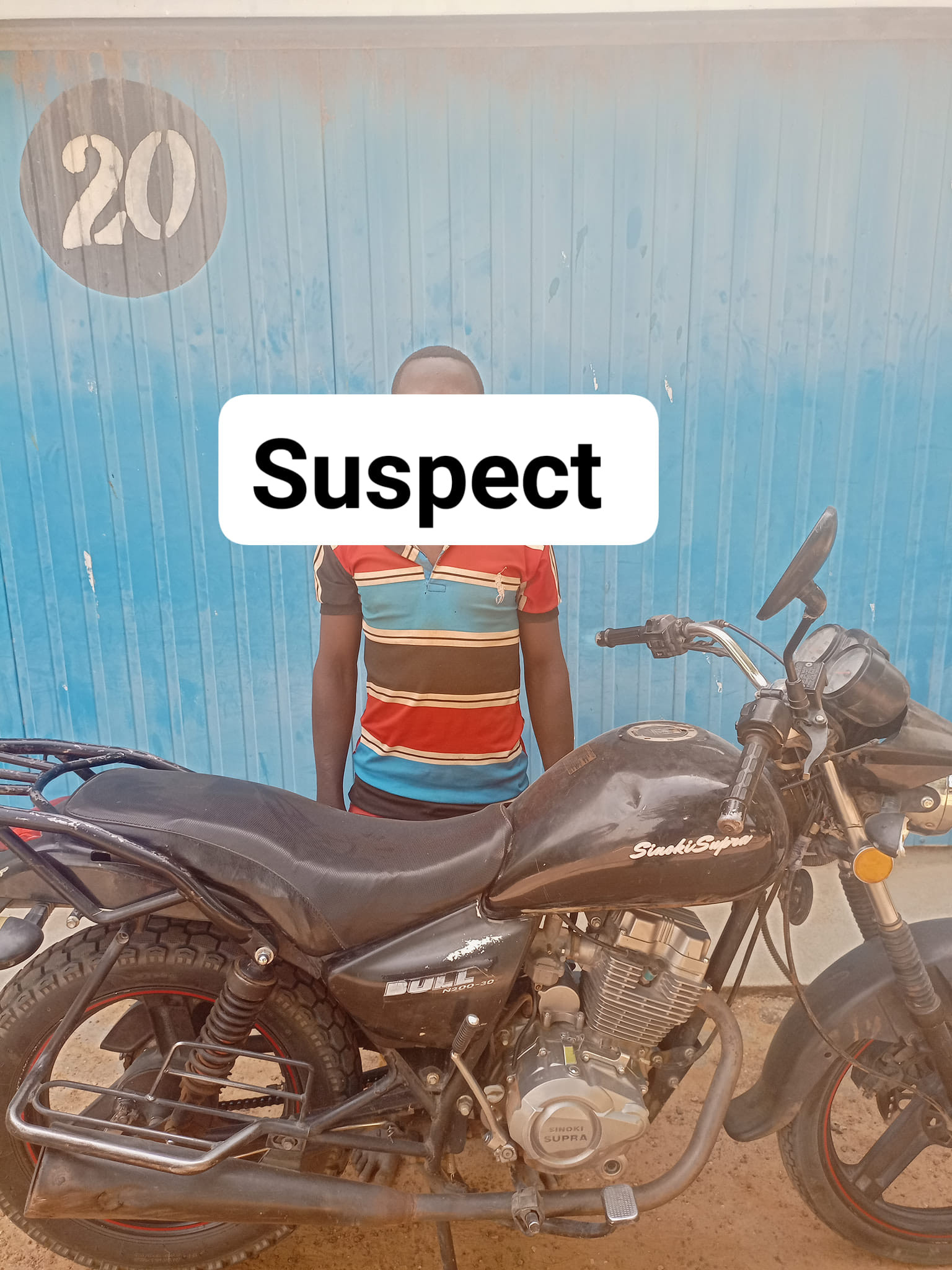 “The suspect was arrested in Gujungu Town, Taura LGA on Friday, 20th day of January, 2023 around 1500hrs following a complaint lodged at the State Command by one Isa Idi of Gurduba village, Kiyawa LGA, a personnel of the NSCDC that his house was burgled by unknown person (s) on Friday, 20th of January, 2023 at around 0200hrs and a motorcycle Sinoki Supra, Black Color assigned to him by the office was stolen,” the statement read.

“On receipt of the information, Intelligence and Investigation officers of the Command swung into action and the suspect was apprehended hours after the complaint was lodged.

“Upon his arrest, he confessed to have committed the crime and said he took the motorcycle to Gujungu to be sold on Sunday which is the Weekly Market Day. He equally revealed that about two weeks ago he has committed similar offence in the same village (Gurduba) where he broke into the house of one Babannan Umaru and stole a Boxer Motorcycle which he sold in Maigatari LGA at the rate of N70,000. He also mentioned his accomplices, one Habu Dirgi and Habibu Danjirgi all of Damutawa village, now at large.

“The stolen motorcycle is valued at N360,0000. Suspect will be charged to court after thorough investigation.”