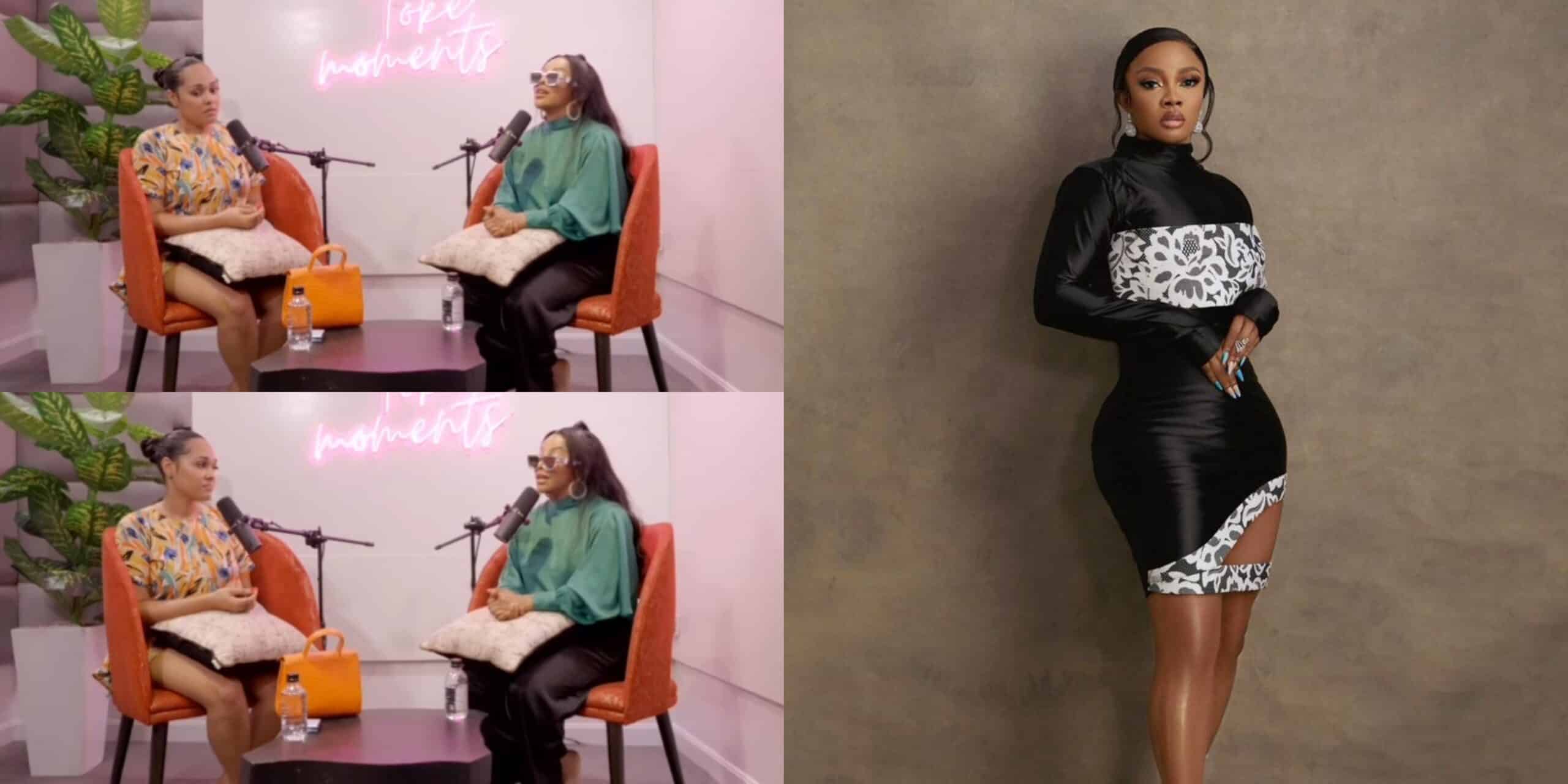 Toke Makinwa, a media personality and actress, has sparked interest on the internet with her true life story about her encounter with a witch.

During an episode of her podcast, Toke Moments with Tania Omotayo, she said that she received two phone calls from witches.

According to her, an old woman who identified herself as a witch informed her that many people were bringing her names to her.

Toke went on to say that the witch called her back at an odd hour after she had missed her call.

“True story, someone tried me but they forgot I am ‘Iya Ijo’ in church.

An old woman from Ile Ife called me and said she is a witch.

She told me to call her back but u didn’t and she called me back at 2A.M.

She told me that people were bringing my names to her”.

Toke Makinwa on how she fought her way to stardom

In other news, Toke Makinwa, opened up on how she had to fight so hard to become who she is.

While celebrating 2022 women’s day, the foremost OAP and TV host took a memory lane on her career days.

She noted how she had to fight to become who she is.

“Fought so hard to become HER. Happy International Women’s Day. A boss”.

This was shortly after she made a shocking revelation about her life, where she disclosed how became an orphan at the early age of eight.

Sharing her story via her verified Twitter platform, Toke Makinwa wrote: “29 years ago today I buried both parents, 8 years old, not fully understanding what was happening as I watched the two most important people in my life lowered in the ground. All I can say is 29 years after, Jireh, you are enough 🙏forever enough, always enough, more than enough.”

Toke speaks on her relationship

On her relationship life, Toke revealed how her past trauma made it difficult for her to find love.

Taking to her Instagram story, Toke appreciated her creator for not giving up on her.

She thanked him for seeing her through her broken state and saving her for the best.

Toke wondered where should have been if not for God.

She noted how He (God) saved the best for the last.

“I’m just so thankful that God did not give up on me even when my past trauma made me difficult to love, he saw through my broken still, I shudder to think of where I’ll be if God left me”.

“He saved the best for the last”.