Actor Nicholas Braun, 32, is shooting at Kim Kardashian, 40, just days after she filed for divorce.

In his message, he tagged Kim Kardashian and explained to her that “it’s all about meeting new people” after her breakup. 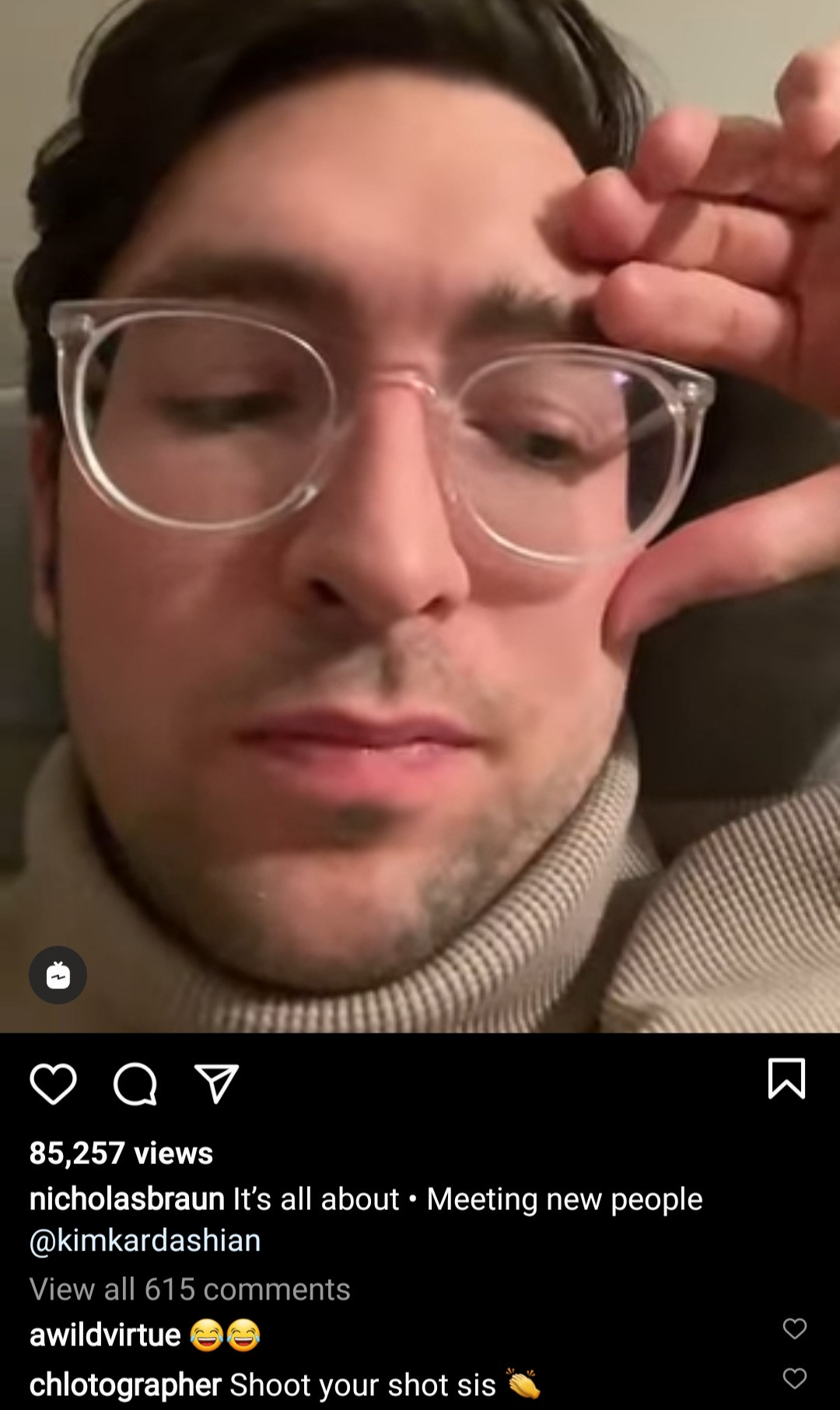 He said in the clip: “This Kim and Kanye divorce news is just bumming me out. God damn… It hurts to think about how they’re feeling and how she’s feeling.

“I mean, I’m wondering at this point, where do they even go from here? Where does she go… at this moment? ‘Cause she’s been through three marriages now and it’s like, are you willing to even take a shot on a new guy at this point? Would you be down to meet a new person, totally just kind of different guy? One who could, you know, make you laugh a little bit or make you feel small cause he’s so tall.”

READ ALSO:  Dwyane Wade strips down to his birth suit as he turns +1 with wife Gabrielle Union shielding him

Braun added: “Or, you know, just a guy who’s reaching out, talking about her on the internet. A guy who makes a video like this and he’s just sort of, like, trying to find a way to talk to her because he doesn’t know anybody who knows her. So, he’s just sort of making a video that might possibly penetrate her — not the right word choice — but enter her sphere. And she might see him and go, ‘Hmm, this is kind of different. You know, this guy is odd but maybe in a good way.’ And he goes to himself, ‘Yeah, you’re right. There’s something real here and there’s something good. There’s a deep understanding between these two souls.’ ”

Kim hasn’t responded yet but some of Braun’s famous friends have shared messages of support. Lili Reinhart advised him to “give her a little time” and “she’ll come around,” while Anna Camp simply commented, “Yesssss.”

Watch the video below.

A gravedigger was killed after the grave he was digging collapsed on himself and buried him alive. Rodwin Allicock, 42, Read more

EPL: Chelsea will not win title with Giroud, Abraham as their two centre forwards – Paul Merson

Chelsea will not win the English Premier League title with Olivier Giroud and Tammy Abraham as their two centre forwards. Read more