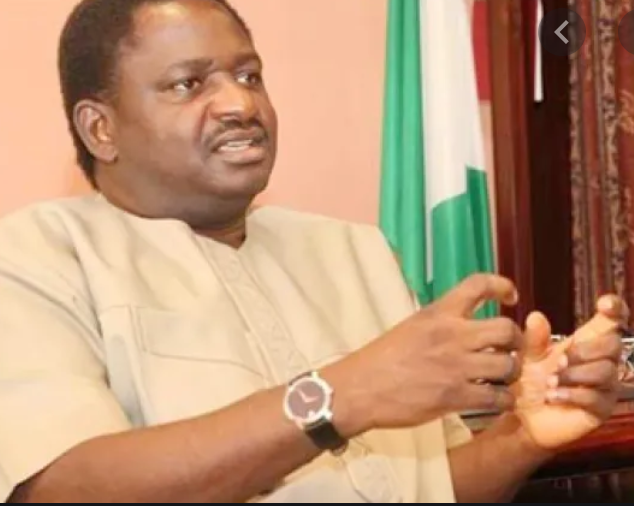 The Special Advisor to the President on Media and Publicity, Femi Adesina, says the opponents of the President, Major General Muhammadu Buhari (retd.), should reduce the wailing in 2021 and acclaim the President’s efforts.
Adesina said this in an article entitled ‘2021: The Year of Calm Down and Wail Less’ which was released on Thursday.

The President’s spokesperson said that he gave Buhari’s detractors the nickname ‘wailers’ because they were fond of attacking him to the point of absurdity.

He observed that the President’s opponents had proudly adopted the nickname while Buhari’s followers had been named hailers.

Adesina added that 2021 will be a year of hard work to reach the 2022 deadline for infrastructural developments, and Nigerians should therefore protest less and offer more support to the government.

The President’s spokesman added, “2021 is the year of work, hard work, to deliver on the major projects by next year. Is it then a year to continue wailing? No. It is the year to calm down, a year for wailing wailers to find a vocation, and allow government to concentrate, and deliver on projects at hand.

“Anybody who loves the country must resolve to give government as less distraction as possible this year. Yes, there are challenges: security, economy, improving quality of lives, lack of jobs, inflation and many others. But is it the year to wail? No. We should rather hail, encourage government to do better, and engender better standards of living for Nigerians.”

Adesina said that some opponents refuse to remember the successes of Buhari even though, for example, they jump on the trains inaugurated by his regime.

He added, “So, what am I saying. No criticism in 2021? No. But let it not be a full time vocation, as it has been with some people. They will criticize the rail project of the government, calling it white elephant, but will be the first to hop on the trains, taking selfies in it. Wailers, calm down.

“Please, ‘be calming down’ in 2021, so that government can function with less distractions. It is not the year to cavil, find unnecessary faults, and fill the land with lamentations.”

The President’s aide, amid 2020 being the year of the COVID-19 pandemic, blamed Buhari for the collapse in oil prices rather than the economic crunch.

He boasted, though, that, in the middle of the unfavourable economy, the federal government owes no wage or pension to anyone.

Adesina stated, “But in the midst of the challenges, with earnings at about one quarter of what we used to receive as a country, President Buhari gave a charge to the Minister of Finance: salaries and pensions must not fail, and funding of agriculture and infrastructure must not stop.

“How admirable. What other evidence did you need to know that it was an administration that had come to serve, and not to be served? In the same situation, in another era, those in government would be lining their pockets, looting whatever was available, to provide for themselves and their families, against the rainy day. Buhari picked salaries, pensions, funding of agriculture and infrastructure.”