The Lagos State Rapid Response Squad (RRS) officers on patrol around the Igando area have run after a motorcyclist (okada man ) signalling him to stop, so as to give a woman he was carrying the red purse that fell from her. It was observed that efforts made to stop the bike rider proved abortive because he thought they wanted to arrest him.

The officers patiently traced the woman to where she alighted from the bike and handed over the red purse to her.

The woman who took the purse confirmed her N115,000 and a Tecno phone inside were all intact.

Here is the photo of the officers giving the woman back her purse in front of her house: 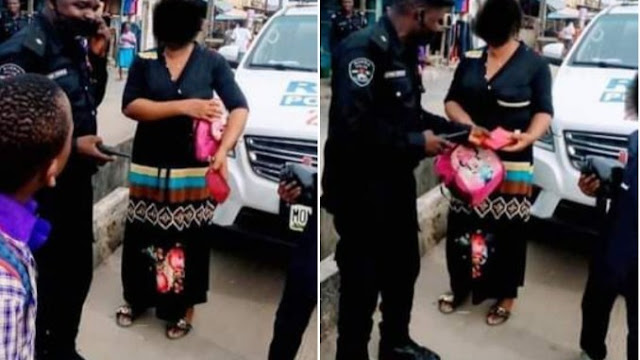