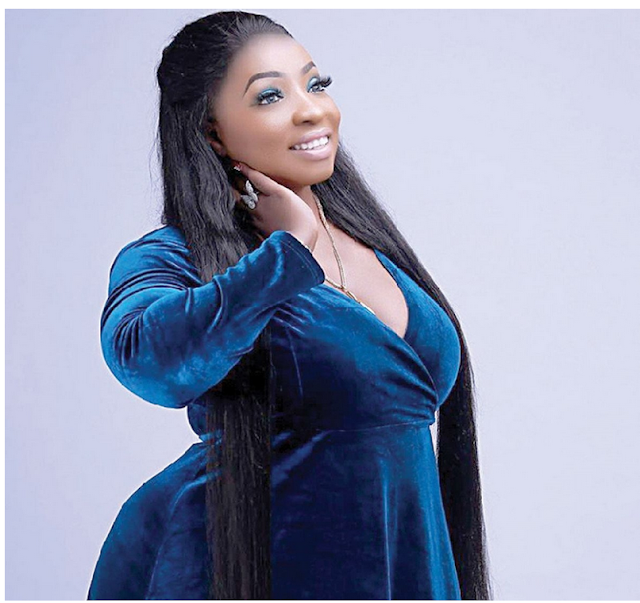 The Nollywood actress well known for her role as Sandra in the Nigerian film Tears in my Heart in 2006, made this pronouncement after Davido took to his official Twitter handle and announced that he will leave the music industry for Burna Boy and Wizkid.

David Adedeji Adeleke,popularly known as Davido, made the declaration after his fight with Burna Boy in a Twist Night club in Accra, Ghana, while Wizkid was sitting  less concerned drinking wine.

Well, Anita Joseph, who lately took to social media to show how supportive her husband has been to her since they met in 2017, has taken a cue from Davido to quit the movie industry before someone engages her in a fight.

“I go leave this waist Trainer bizness for una
Even the film make una carry go,” she wrote