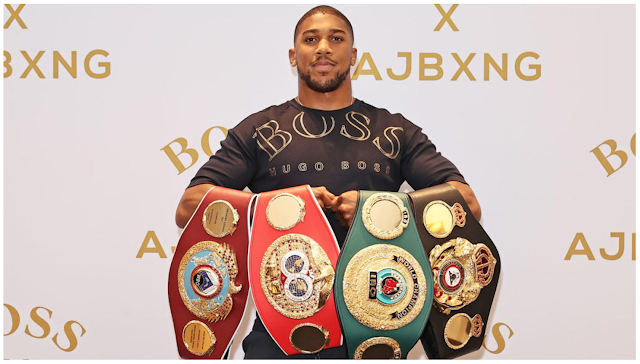 AJ has enjoyed his holidays since he reclaimed his title from Andy Ruiz Jr. Later in the day, however, he will face Kubrat Pulev in London.

Getting to the knee before sporting events has become common and is now being used as a way of countering racism. However, AJ, who is of Nigerian descent, has revealed that he is not going to kneel.

He said: “Taking the knee is important, 100 percent, but for me, personally, I’m doing something different this time around”.

It can be noted that AJ demonstrated his contribution to the battle against racism earlier in June when he took part in a march in Watford.

However, AJ ruled out taking the knee on Saturday to justify that it plans to do “more tangible things,” including the formation of a union to support British culture in order to showcase people from the Afro-Caribbean community as important members of the British Society.