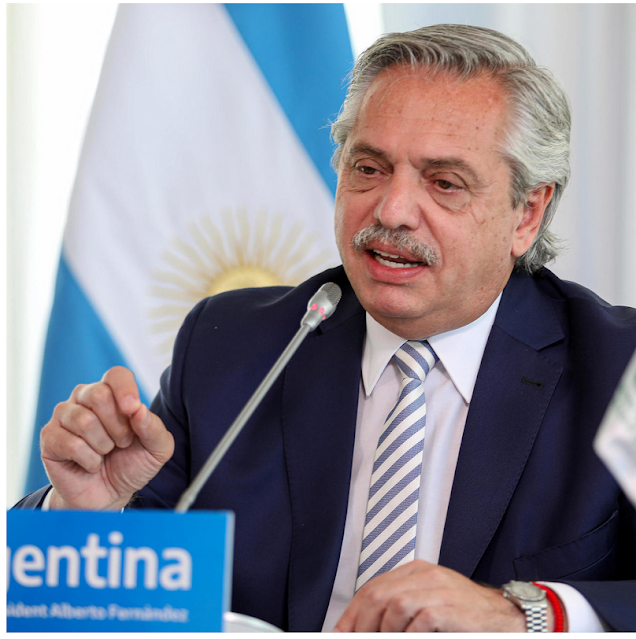 Argentina’s Senate has passed a historic abortion bill, becoming the fourth country in Latin America to legalize the practice.

On Wednesday, December 30, the Senate voted by 38 in favor to 29 against with one abstention after a session that began late on Tuesday.

The vote means that abortion will be legalized in Pope Francis’ homeland up to the 14th week of pregnancy, and also will be legal after that time in cases of rape or danger to the mother’s life. It will have consequences across a continent where the procedure is largely illegal.

Before the resolution by the Senate, the bill had been approved by Argentina’s Chamber of Deputies and has the support of President Alberto Fernandez, meaning the Senate vote was its final hurdle.

Just hours before the Senate session began, the pope weighed in, tweeting: “The Son of God was born an outcast, in order to tell us that every outcast is a child of God. He came into the world as each child comes into the world, weak and vulnerable, so that we can learn to accept our weaknesses with tender love.”

“The Son of God was born an outcast, in order to tell us that every outcast is a child of God. He came into the world as each child comes into the world, weak and vulnerable, so that we can learn to accept our weaknesses with tender love”.

“Tens of thousands of people reportedly packed into the square around the National Congress, to call for “legal abortion in the hospital” as the votes were counted.

Several opponents also gathered outside the Congress, holding a mass and praying for legislators to block the bill.

As the result was read out, a crowd of thousands erupted in cheers outside the Senate building in Buenos Aires.

“I can’t believe it,” said Viviana Rios Alvarado, 25, as she embraced her friend moments after the vote. “So many things we’ve been through or that people we love have suffered through. It’s took too long, but now it’s here for others, and for us too. And that’s incredible,” she said. “We did it sisters. We made history. We did it together. There are no words for this moment, it passes through the body and the soul,” tweeted Monica Macha, a politician with President Alberto Fernandez’ centre-left ruling coalition which supported the law”.

“Adopting a law that legalizes abortion in a Catholic country as big as Argentina will energize the struggle to ensure women’s rights in Latin America,” said Juan Pappier, a senior Americas researcher at Human Rights Watch”.

“Although there will certainly be resistance, I think it’s fair to predict that, as it occurred when Argentina legalised same sex marriage in 2010, this new law could have a domino effect in the region.”