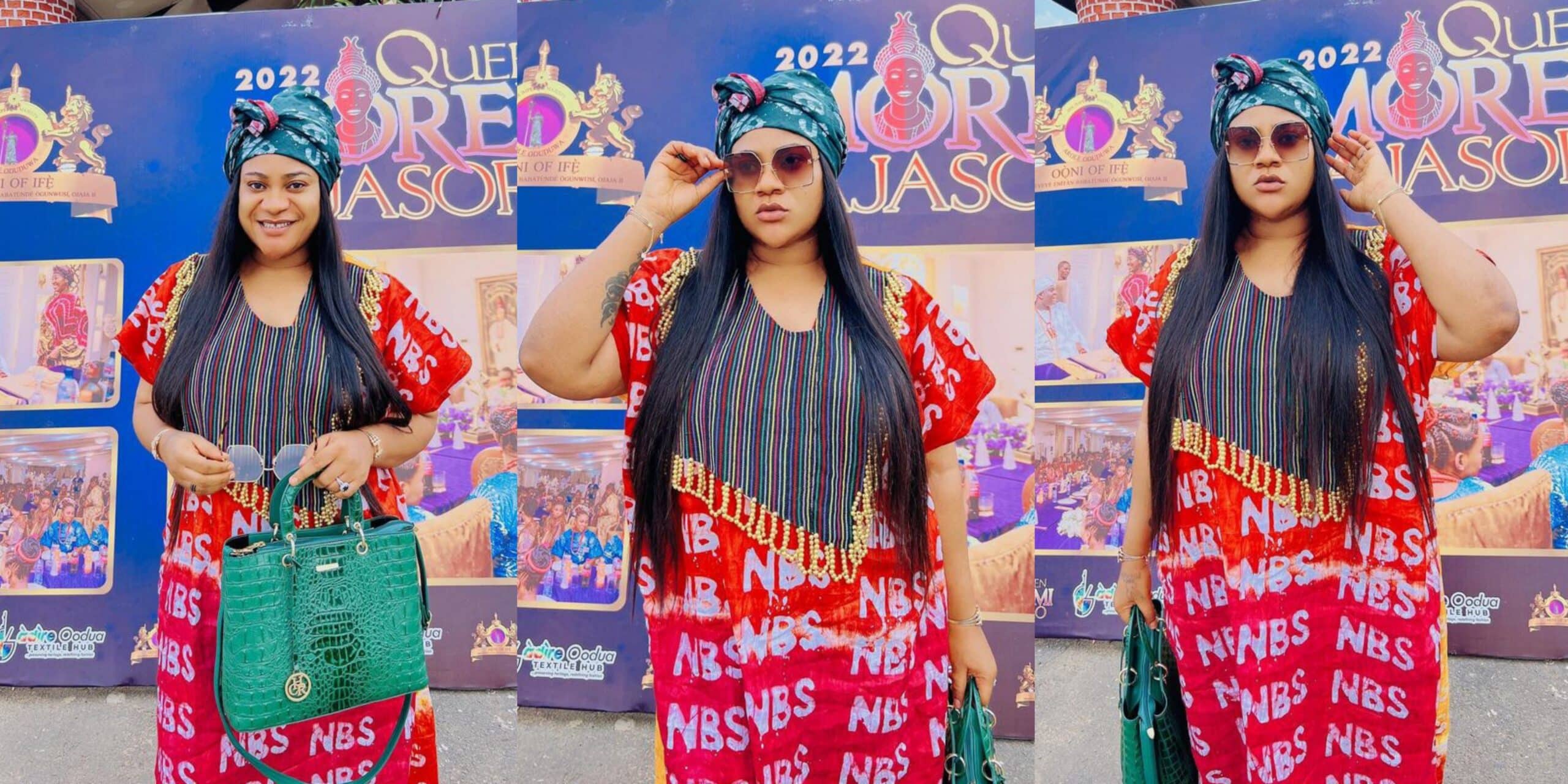 As she attacks the Ooni of Ife’s palace, Nollywood actress Nkechi Blessing has revealed her new name.

The actress, who is vying to be one of the King’s wives, turned to Instagram to share lovely images of herself in the castle.

Nkechi Blessing welcomed her admirers and instructed them to address her as Olori Ibukunoluwa.

Recall that in October, Nkechi Blessing Sunday had applied to be one of the wives of the Ooni of Ife.

According to Nkechi Blessing, she wants to be the Ooni’s next wife and would patiently wait for her turn.

The mother of one provided an Instagram page for the Ooni to reach her through.

“Ooni of Ife sir I am patiently waiting for my turn. Thank you in advance sir, you can reach me thru #idrisconnectingnigeria”.

In a follow up, the controversial actress via her verified Instagram page 8 shared an image of herself wrapped in an all white ensemble like a new bride.

Her caption pointed that she is still aims at becoming one of Ooni of Ife’s wives.

Her request came following the Ooni’s series of marriage.

The monarch shocked many when he married seven women in a period of two months.

It all started when the Ooni of Ife welcomed an Ebira-born queen, Mariam Anako to his Ile Ife palace in September 2022—nine months after Prophetess Seyi Naomi announced on Instagram her decision to divorce him. After welcoming Mariam, he had since gone to marry six other women in a space of three weeks.

Princess Temitope Adesegun is his sixth wife and he is set to marry a seventh wife.

While marking his 48th birthday and seventh coronation anniversary, the Ooni clarified why he married Mariam Anako and the others.

The Ooni explained that he tried making some changes but he couldn’t. Maybe referring to his decision to keep to only one queen and have concubines, the monarch said of the traditional heritage of Ile Ife, “This institution is bigger than me, beyond me. People in this palace are more than 800, they are close to a thousand.