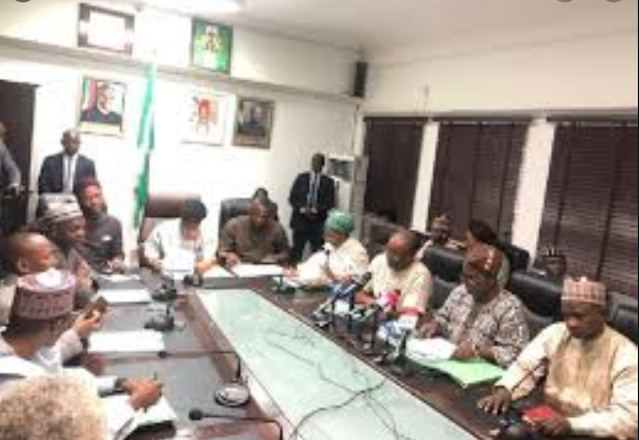 The Academic Staff Union of Universities, ASUU, on Saturday, said prolonged industrial action will persist as there was no meaningful outcome from the latest meeting it held with FG.

ASUU Chairman of University of Calabar, Dr. Edor J. Edor, in a statement said lecturers resolve is to ensure that the challenges of universities are substantially resolved.

During an interview with newsmen, Dr. Edor stated that the continued strike would also benefit the students and not only the lecturers.

He particularly referred to the accommodations issues of students at university campuses which the demands of ASUU if met would help solve.

On suspending the ASUU strike, Dr. Edor made known that union branches exclusively can suspend the ongoing strike. He asserted that the congresses meeting t be held next week by the branches, is likely to a  decision on the persisting strike among other things.

“It’s the branches of ASUU that has the supreme power to say we have heard the government’s proposal and are comfortable or we are not comfortable.

“For now, the branches have not held their congresses and we may hold our congresses early next week then we will decide if to call off the strike or not.

The situation as it is now is that between ASUU and the federal government there is no agreement yet.

We will wish that the Nigerian students, parents, leaders, traditional rulers, civil societies, and opinion leaders of various communities should understand that it’s in the interest of these students that we are embarking on this action.

It is so that they would have hope that we are on this action, we are actually on this action so that Nigerian students would no longer cluster in their hostels when they resume school. We are actually on this action so that our daughters who live like sardines in the hostels in the name of accommodation would have spacious and ventilated accommodations. All of them who live in the hostels, I’m making no exception, they have no clean and decent toilet to ease themselves.

When we are calling for revitalization funds for public universities, we are actually fighting to improve the standard of living of our students who are our children so that we will have decent offices to work in, standard laboratories, standard theatres, and other structural materials. We are actually wishing our students and children well and on top of that, we are saying the university teacher can’t take second place in society, it’s not done in any part of the world. The people we groom and churn into the society gets there and begins to lord it over us.

Nigerian government should at least look into the welfare of our members. We are hell-bent on government solving this problem this time substantially, we are not in a hurry to suspend this action.”

The bone of contention is the FG’s exclusion of the academic staff from the Integrated Payroll and Personal Information System, IPPIS, payment system. This was made known by the Minister of Labour and Employment after a meeting between FG’s delegations and ASUU’s delegation on Friday in Abuja.