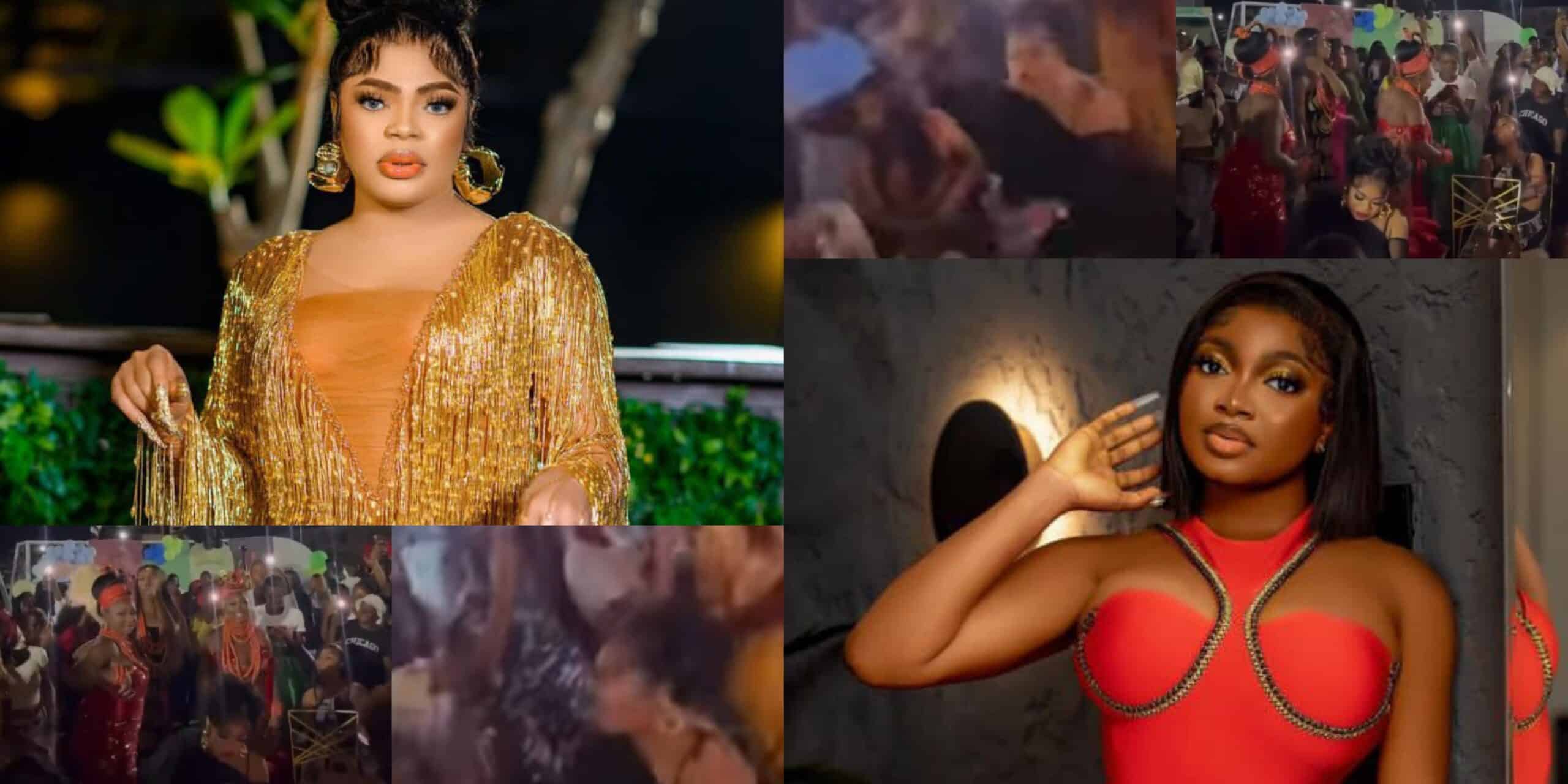 Bobrisky, a popular crossdresser, appears to have followed his word about releasing rage on socialite Papaya Ex.

The two arch-enemies were caught together at a recent occasion, almost fighting.

In the footage, Bobrisky could be seen sat on one side of the event, while Papaya Ex stood behind him.

The brand influencer and her posse were observed throwing shades at Bobrisky, who remained cool.

The crossdresser, however, didn’t hold it for long as he threw his table water at her.

Luckily for Papaya, the bottle didn’t meet her.

In another clip, Papaya could be seen giving a mocking dance step to Bobrisky, who was trying to maintain class at the event.

The crossdresser was so furious that he warned people to stop recording him.

NenyKo reported on Saturday that Bobrisky and Papaya had traded words on social media.

The content creator had a similar invite pattern with Bobrisky. Accompanying the invitation card, she gave her guests a bottle of champagne, glass cup and more.

Bobrisky opens up on his beef with Papaya

Speaking on his beef with her, the crossdresser revealed that Papaya imitates his style, steals his brands, and patronizes the same vendors as his.

According to Bob of Lagos, Papaya copied all his styles while proving to be bigger than him in the influencing game and in terms of beauty.

He further threatened to beat up the influencer while encouraging her to maintain the same energy when they meet in person.