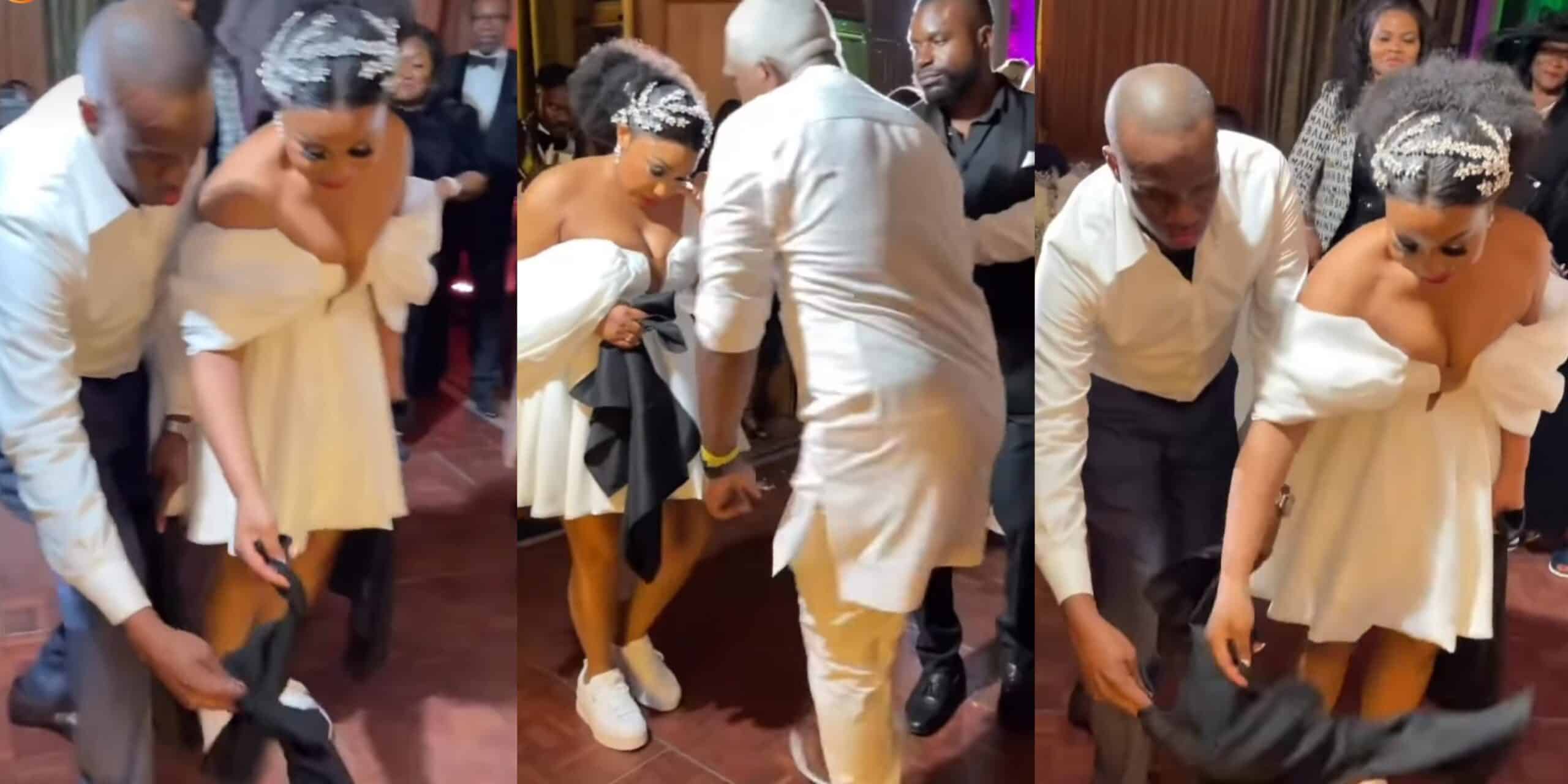 Rita Dominic and her husband, Fidelis Anosike, haven’t stopped blessing our timelines with their wedding festivities.

To cap off their wedding festivities, the couple threw an after-party, where Rita proved once again that she is a dance floor stepper.

As she took to the dance floor, Fidelis’s energetic wife was the centre of attention. 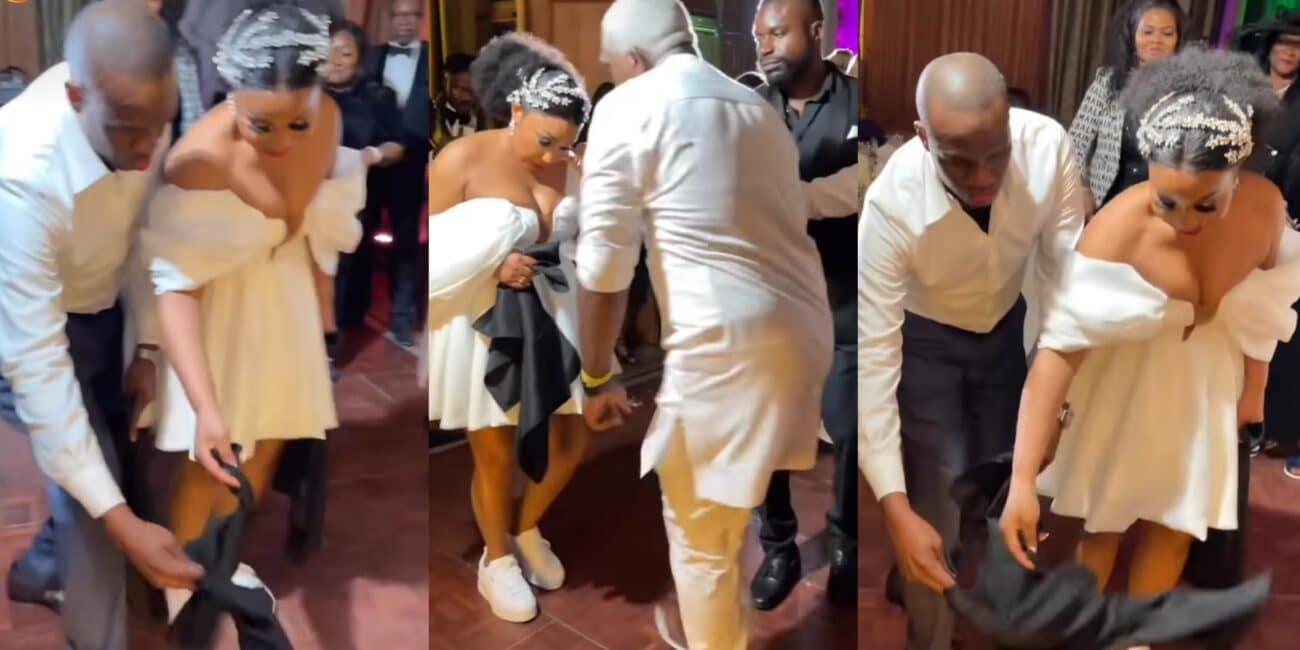 Rita Dominic, proved to be the queen of the dance floor, as she showed off her dance skills.

In a video uploaded by Bella Naija, Rita was seen rocking the dance floor with her husband, who also proved to be a hot stepper .

Rita wore a short bridal dress with sneakers, as she thrilled her guests with her energetic dance steps.

Prior to their wedding, KFN reported that Rita Dominic and husband, Fidelis Anosike had taken to the dance floor to show off their dance skills in preparation for their white wedding.

Chioma Chukwuka, who captured the beautiful moment had shared it online.

In the video, Rita Dominic, who is a hot stepper was seen giving out different dance moves.

The actress and her husband, delighted their guests with their beautiful dance moves, as they cheered on them.

Earlier in the day, Rita Dominic had shared beautiful moments from her enchanting white wedding.

In April and November, Rita was on the lips of everyone as she finally tied the knot at age 47.

The movie star, shutdown the internet with her two part fairytale wedding, Traditional and White wedding.

Over the weekend, Rita and Fidelis got married at North Yorkshire, England, which many considered to be the biggest wedding of the year.

The newly married had shared a beautiful video compilation of her wedding. The video captured the couple’s beautiful moment during their ceremony.