The ‘Espai Barca’ project was approved for the first time in April 2014, when club members voted in favour of the massive remodelling project that would develop Camp Nou and the surrounding areas.

A second referendum in April 2021 approved the financial proposal, increasing the project’s maximum budget to €1.5 billion. 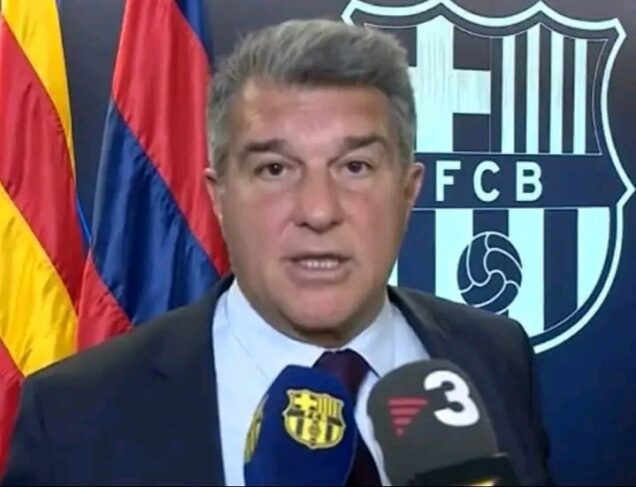 It will lead to the stadium’s capacity increasing by 6,000 to 105,000 spectators plus the installation of a retractable roof, while 40,000 square metres of land is set to be improved.

An announcement earlier this month confirmed that Turkish company Limak would be in charge of remodelling the stadium, but a report by Spanish digital newspaper El Confidencial claimed on Monday the club’s bidding process for the contract should have excluded the business in question.

According to El Confidencial, Limak should have been ineligible because it allegedly could not provide evidence of building a stadium with more than 40,000 capacity in the past 10 years and did not present two references of buildings constructed in Spain for greater than €150m over the same period.

The publication suggested the alleged oversight put Barca’s building licence with the local council at risk, but the club insists the accusations are inaccurate, pointing to a “new tender process” dated from September 1, 2022.

The letter highlighted five specific sections of the report followed by “FALSE” and an explanation, with most points coming back to Barca highlighting the start of a new tender process in September.

“The bid specifications for the restructuring work on Camp Nou were announced to all the companies that submitted bids and were effective date from September 1, 2022,” the statement continued. “The terms and conditions set forth therein established no requirement for bidding companies to have built a football stadium with more than 40,000 seats or two constructions in Spain.

“Prior to this bidding process, there was a process that commenced in 2017, and which was cancelled in December 2020 by means of an official communication on the Barcelona supplier portal to all participating companies at that time.

“It was not until September 2022 when the new bidding process began, the outcome of which was for the project to be awarded to LIMAK as the best rated company.

“There was no breach of the terms and conditions as these were associated to the new tender process, which is dated from September 1, 2022.”

It added: “As we have set out previously, the document [that El Confidencial claimed to have seen] referred to is for the pre-qualification that began in 2017, and in no way corresponds to the requisites in the conditions laid down on September 1, 2022.

“The process of obtaining a building licence from Barcelona City Council is totally independent of the adjudication process for the company to carry out the construction.