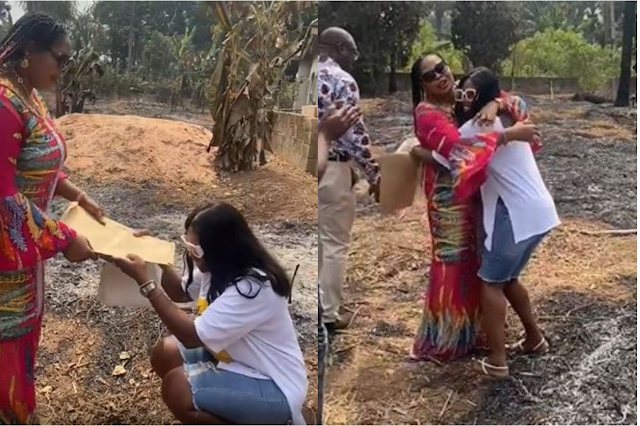 Big Brother Naija reality star Kaisha received a surprise from her mother and brought her to Instagram to share it with her followers.

Kaisha posted a video, saying that she was in Umuele, Umuaka, Imo, to visit her mother, who had promised her a surprise.

As they met, Kaisha’s mother took her to a fenced estate and told her that two and a half plots of land were a gift to her. She also turned over the property papers.

Kaisha Umaru, who is from the state of Sokoto, clarified that her mother had offered to improve her farm, but she said that the land was enough for her, and she would build her own mansion on it. 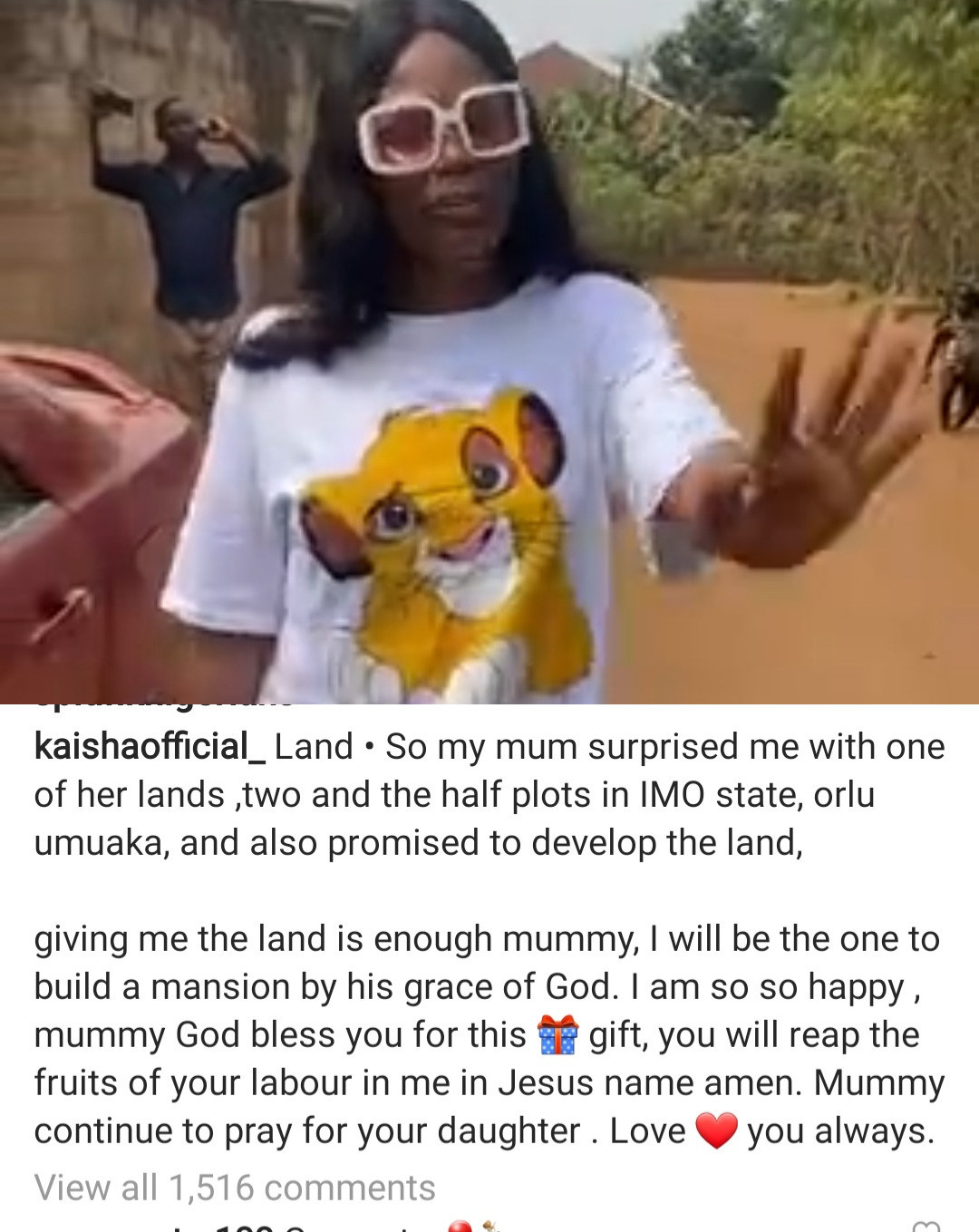 Below is a video of Kaisha’s mother presenting the plots of land to her daughter.