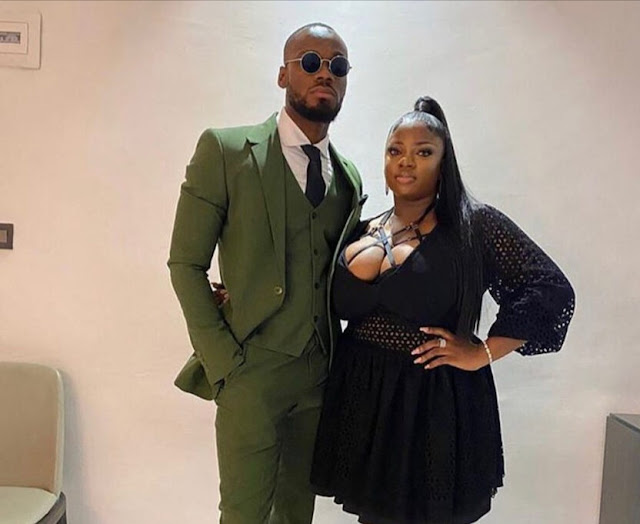 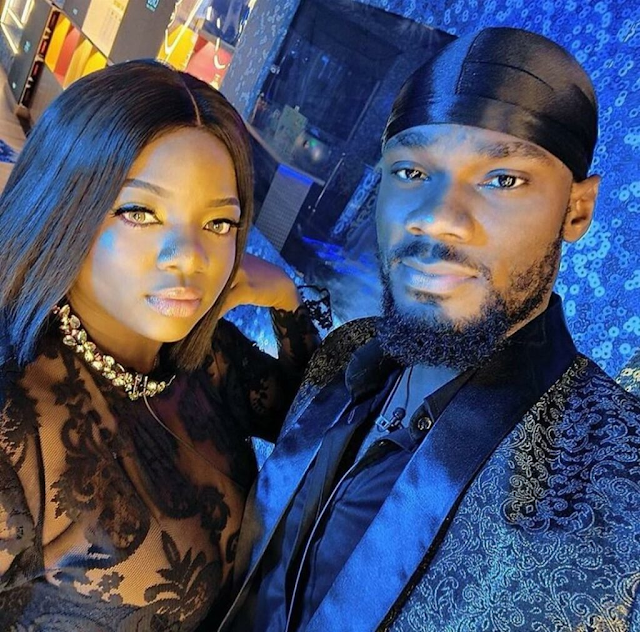 Prince and Dorathy
Dorathy and Prince, whose supported have nick- named  ‘PRIDO’ have become more closer and comfortable with each other from Big Brother Naija house. Their new sitting position spotted in occasion in Abuja has gone viral.

Dorathy and Prince
In a tongue wagging photos  on the internet, Prince was captured sitting with legs widely opened on the head of the sofa whilst Dorathy sits comfortably between his legs. The duo  have not given more insights into the plans of their relationship but the internet users and citizens  believe they would fit each other as two love birds. 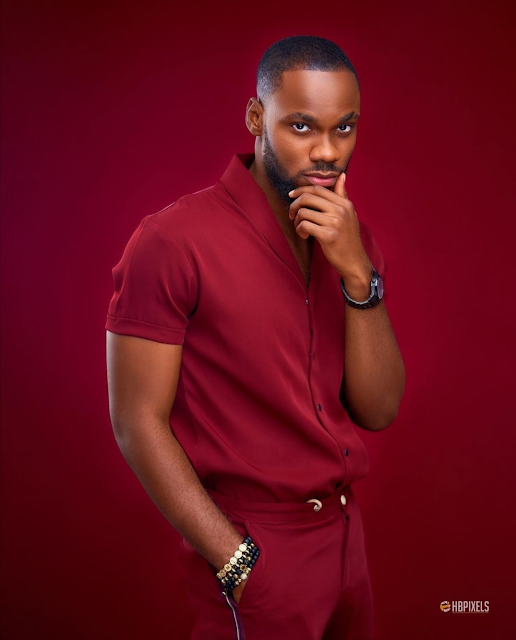 Prince
They are mostly seen together as friendship thrives. Their  love chemistry is very strong, however, they are yet to decide on their love life. 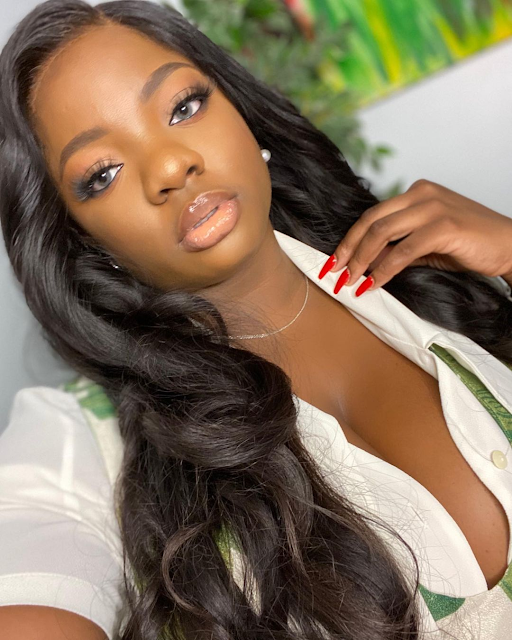 Dorathy
A lot of supporters have confirmed their romantic relationship. Others do not support such closeness so as to  create chances of falling into a billionaire’s hand for  marriage.

See image and reactions below: