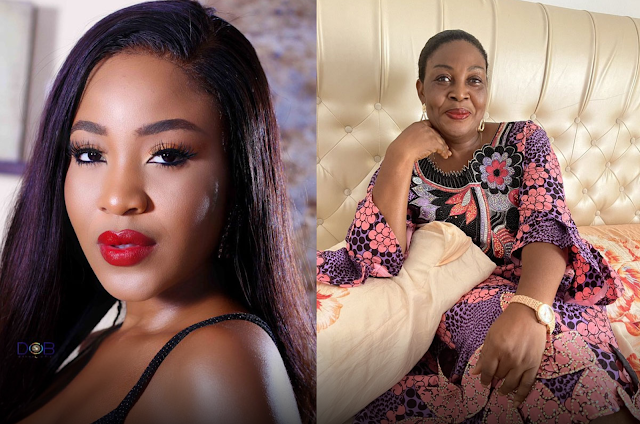 Erica Nlewedim fans have gone over the moon after showing off her mother on social media.

The former Big Brother Naija reality show season five housemate took to her official Twitter handle and shared a beautiful photo of her mum, who was seated gorgeously on a couch.

Sharing the photo, she wrote: “Poser  queen mother of the elites.”

Reacting to the photo, ELITES suggested that their Queen’s source of beauty was from her mother as one of the fans took to the comment section to comment by saying:

“Wow! Awwww. She is such a classic! You sure got a part of her. Thanks for bringing her here for us…God bless her for giving us you. You fulfilled a part of my request yesterday Baby Girl….but I still want to see a pic of her lapping you…that would make my day. ”

Check out the screenshot below: