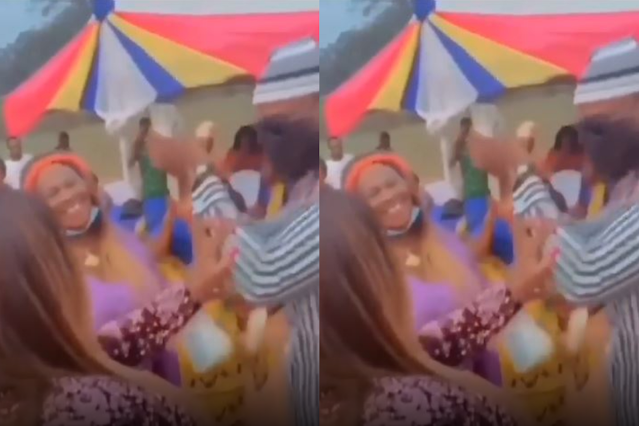 First runner-up to Big Brother Naija season five, Dorathy Bachor, showed respect to Prince Nelson’s mother at his inauguration as Youth Ambassador to the Ebie Kingdom as she prompted her boyfriend to spray his mother’s money instead of her.

At the inauguration of Prince Nelson as Youth Ambassador to the Ebie Kingdom, the former Big Brother Naija season five housemates seemed to be carried away by the presence of his former housemate and girlfriend, Dorathy Bachor, as he dipped his hand in his pocket and sprayed money on her.

A fan recently said that Dorathy Bachor looks like Prince Nelson’s mother after Prince took his official Twitter handle and shared a lovely photo of his family to celebrate Christmas.

Dorathy quickly replied to the comment to accept the observation of the fan and considered it an honour to look like a queen.