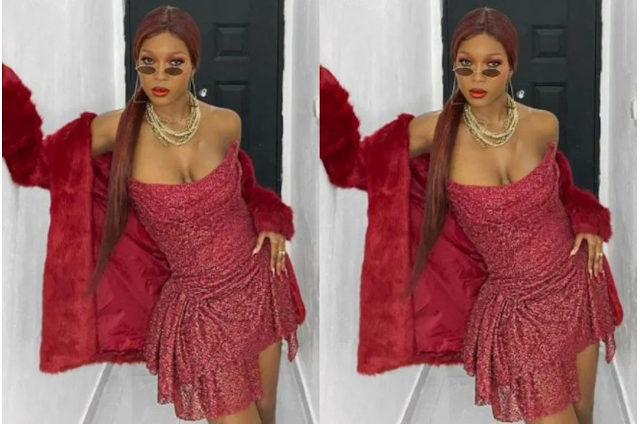 The song has received countless reactions from listeners on many music streaming platforms.

It was disclosed that her boyfriend, Neo, was the inspiration behind the production of the ‘banger’.

The fans have praised her.

However, One of Victoria Adeyele, well known as Vee’s, fans identified as ‘Kolapo’ who wasn’t happy about the length of the song, was expecting the song to be long after he couldn’t get enough of it as the song just 2 minutes and a few seconds.

Kolapo took to Twitter to lament about the song length by asking Vee why the song is just only 2 minutes 30 seconds, and the reality star replied to him by telling him to play the song again so that it can be 5 minutes.