BBNaija Star, Dorathy Bachor, has got tongues waddling after she confirmed her relationship with Prince Nelson, in a comment made on social media.

This was revealed following Princess’s tweet about a booked flight. In a tweet sighted on Twitter, Prince made complaints about how all flights to the east has been booked. His tweet caught a supporter’s interest to give a reply that made Dorathy feel jealous.

The fan who used @i am-gudness gave Prince a good and comfortable option to make him happy. 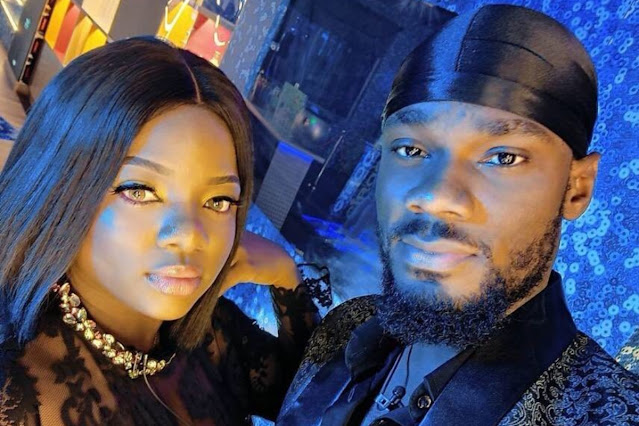 According to Gudness, Prince should not be worried about all flights been booked because there is a better place for him to relax.

She indicated that: “The flight to her bed is not yet booked out, hence he should come over to bite some lips”. Fast forward, the first runner up for BBNaija season gave a reply to the tweet Gudness made.

Her reply was with a funny joke of Mama Tobi holding a machete. In her caption was a warning for Gudness to stay away from Prince. Dorathy said she sees Gudness is not scared to come closer to her love interest. The duo has been close to each other for quite a long time. They still appear in public as friends but their reactions prove otherwise.

“OMO FLIGHT TO THE EAST HAS BEEN BOOKED OUT”

“FLIGHT TO MY BED IS NOT BOOKED OUT YOU KNOW *BITES LIPS*“, @IAM_GUDNES.

“I SEE YOU’RE NO LONGER SCARED”