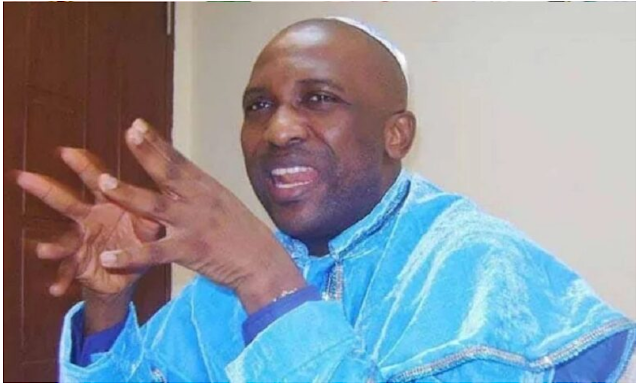 The leader of INRI Evangelical spiritual church, Primate Elijah Ayodele  has on Friday warned Governor of Edo State, Godwin Obaseki to be cautious of his enemies as they want to pull down his government at all costs.

Primate Ayodele warned Obaseki that those against him will not backdown because they are on a mission to bring him down if he doesn’t act fast.

He issued the warning while addressing his members during a live service.

“I want to warn the Governor of Edo State, Godwin Obaseki to be careful and do the needful, His enemies are still on the move, they are on the mission to pull him down at all cost, He needs to act on time before they catch up with him,” he said.

Recount that Primate Ayodele had released a prophecy on Obaseki and his relationship with the People Democratic Party, PDP.

He had predicted a leakage in Obaseki’s government.

‘‘Governor Obaseki will face challenges even as there will be problems between Obeseki and PDP. Obaseki will disappoint the PDP. The Deputy Governor and Governor need prayers because of unnecessary misunderstanding that will cause leakage in Obaseki’s government. The Governor and the Deputy needs prayers for understanding’’