It was confirmed that the insurgents targeted the IDPs when they went to look for firewood outside Damboa City on Thursday, February 18.

A vigilante, Abu Damboa, who confirmed the Daily Trust incident, said that eight IDPs had been declared missing when they had not returned. He and his colleagues then began a search-and-rescue operation.

“We got the report to that some IDPs were missing. So, we swang into action but later found five of them beheaded two kilometres away from the scene where they were falling trees. It was disheartening to see fellow human beings slaughtered like animals, they were all displaced persons, “Abu said.

Humanitarian sources said that the victims have been buried according to Islamic rites.

READ ALSO:  Aisha Yesufu is returned fire at the IPOB leader Nnamdi Kanu, calls him 'made in China Shekau'

“Information received was that eight IDPs who went in search of firewood outside Damboa town some 6-8kms were abducted. Five dead bodies out of the eight missing IDPs were recovered this morning,” a humanitarian source revealed.

Meanwhile, the chairman of Damboa Local Govt, Prof. A G Alooma, his vice, Ali M Kauji and their councillors on Friday, paid a condolence visit to the families of the victims.

After praying for the victims, Prof delivered foodstuffs and cash for the three days prayers. 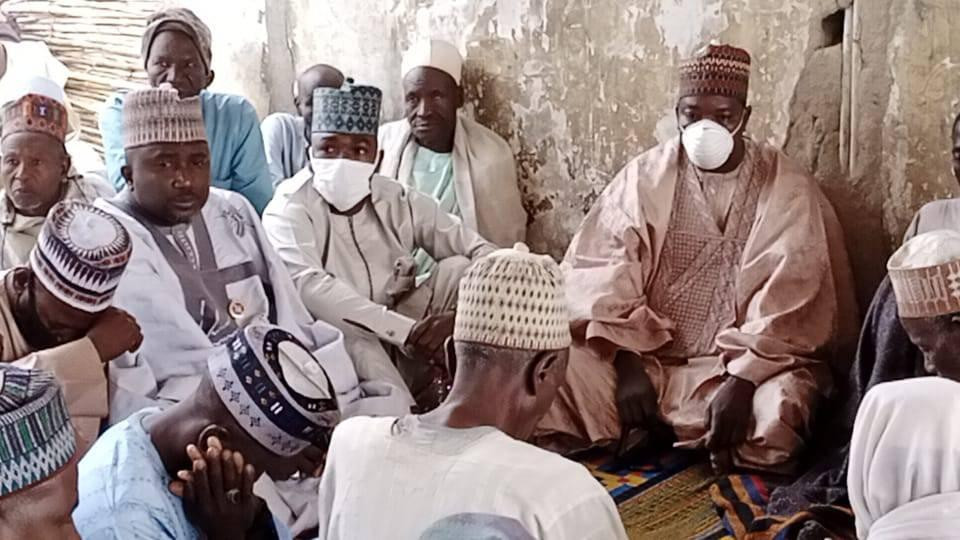 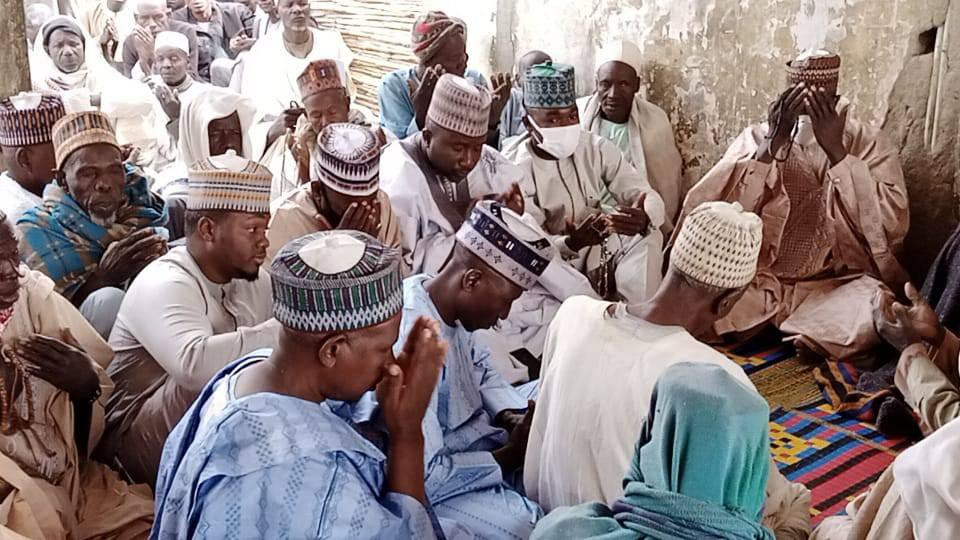 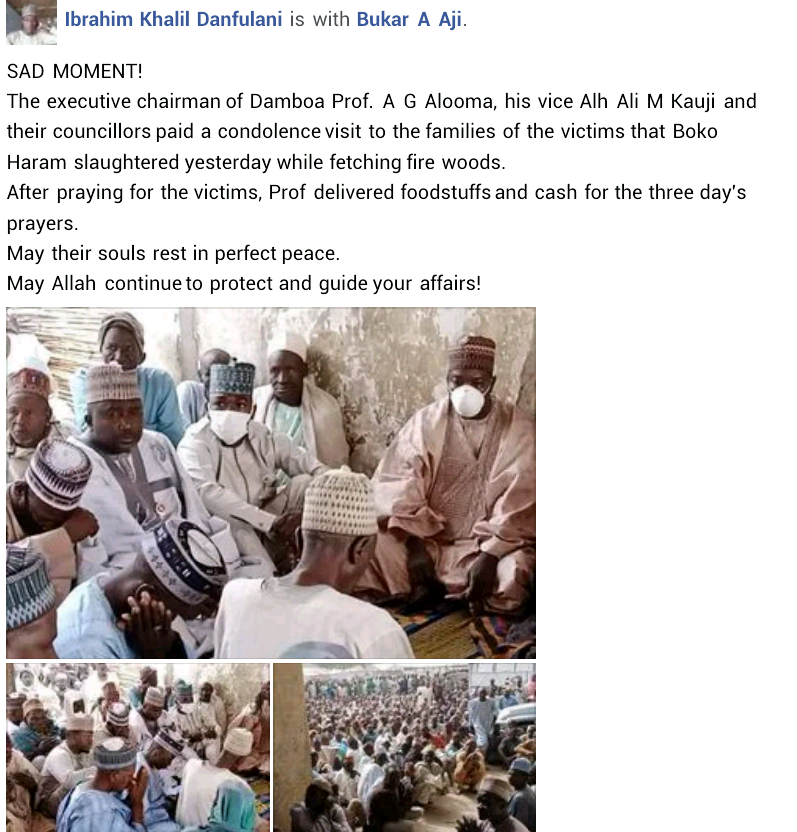 A 32-year-old man named Chibuzor Awurumibe, claimed to be a native of Okohia in Isiala Mbano LGA, was arrested by Read more

We just hear discouraging news about marriage, because those who love it don’t tell us to stop the evil eye-Leo BBNaija’s Dasilva.

READ ALSO:  Bauchi Principal kidnapped along with Bauchi Auditor General's son asks his family to sell his assets to collect N50 Million ransom.
Call off your mission with the bandits right away-Northern Elders to Sheik Gumi

Northern Elders have urged the Islamic cleric, Sheik Abubakar Gumi, to immediately abort his mission to mediate between the criminal Read more

Former President Goodluck Jonathan, gave a reason why a politician could be called back to lead the people after losing Read more