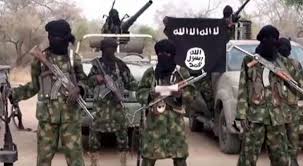 Amnesty International has said that the Boko Haram insurgents have killed many aged citizens at disproportionate levels due to their inability to flee attacks.

It noted that many villages in areas under Boko Haram control are mainly aged people who cannot run or who choose to stay and take care of their farmland.

In a 67-page report titled, ‘My heart is in pain: Older people’s experience of conflict, displacement, and detention in North-East Nigeria’, the organisation revealed that older people were killed both by the terrorist group and the military.

The report released on Monday, also disclosed that humanitarian response got to them only as “an afterthought.”

The global human rights group said it reviewed more than 120 images of corpses brought from the barracks to a local mortuary and spoke to individuals with insider knowledge who estimated that “15-25 percent of those who have perished are older men.”

“This is disproportionately high, as older men appear to account for no more than 4 percent of the population in North-East Nigeria. In April 2017 alone, 166 corpses were transferred from Giwa to the mortuary” the report stated.

It further noted that humanitarian agencies estimate that older people account for around 150,000 of the 2.1 million people displaced by the conflict in North-East.

The research, carried out between November 2019 and October 2020, involved 62 older women and 71 older men affected by the conflict.

The Director of Crisis Response at Amnesty International, Joanne Mariner, said, “When Boko Haram has invaded towns and villages, older men and women have often been among the last to flee, leaving them particularly exposed to the armed group’s brutality and repression – amounting to war crimes and likely crimes against humankind.

“This has included torture, being forced to witness killings and abductions of their children, as well as looting resulting in extreme food insecurity”.

Speaking on the alleged killings by the military, she stated:

“Nigeria’s military, in turn, has repeatedly shot older people to death in their own homes during raids on villages in Boko Haram-controlled areas”.

“Thousands of older people have been denied dignity in hellish conditions in military detention, with many hundreds of them dying in squalor. These, too, amount to war crimes and potentially crimes against humanity.”

“In these villages, older people face threats from all sides. Boko Haram loots their property and often restricts older women’s movement, making it harder for families to earn money and feed themselves”.

“Boko Haram also abducts or kills their children and grandchildren, and sometimes tortures or kills the older people themselves”.

“Boko Haram asked why I was still around when others had run away… I told them it was my house and I was not scared of dying. Some of them said instead of killing me, they’d put me in permanent pain. They brought out their knife and stabbed me in my foot, leaving a big gash”.

Amnesty International said it found that many older people with limited mobility were unable to flee and mainly the victims of the attack.

“Others have burned to death inside their homes when the military torched villages perceived to support Boko Haram,” the report added.

The military had yet to respond to the allegations as calls to the Defence Headquarters spokesman, Maj. Gen. John Enenche, on Tuesday, rang out.

Eneche is yet to respond.