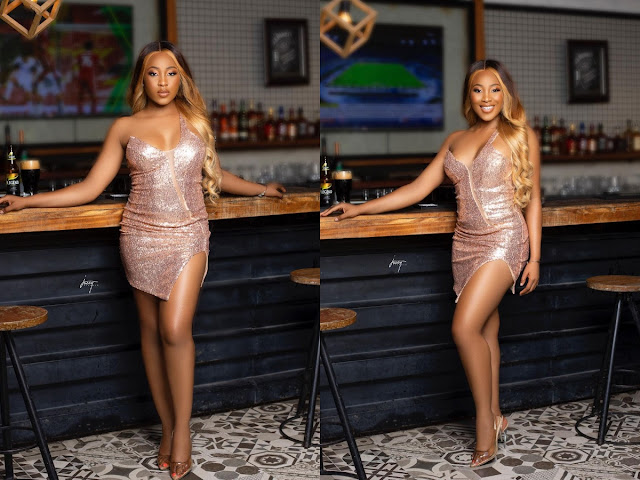 Recall that the star of BBNaija was warmly received in her home state, Abia State. The flexible housemate had a beautiful welcome moment for her people to show her a lot of affection.

An Elite whose name has yet to be identified had a meeting with Erica, which was like a fantasy she had come though. Erica’s perfume came into her coat, and it was the best gift of Kiddway’s affection to her.

In a video on Instagram, the Elite was screaming in a car as she shares her excitement at seeing her symbol. She then vowed not to strip the dress because of Erica’s scent in it.

It is quite amazing how Erica Nlewedim is able to win the heart of many. Despite her flaws, she is able to influence her followers with her talent and charming vibes.