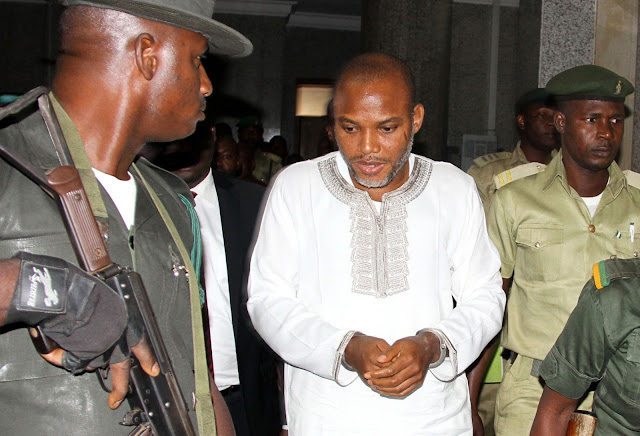 Abuja Federal High Court will resume the trial of Nnamdi Kalu, the leader of the Indigenous People of Biafra (IPOB) on the 26th of November.

Kalu’s lawyer, Ifeanyi Ejiofor, and the prosecution team have received copies of the hearing notice, via the office of Attorney- General of the Federation, in which 5 prosecution charges has been lined up to testify against him.

Since 28th March 2019,  when Justice Binta Nyako reversed the bail granted to Kanu, declared him arrested, charged him to court in absentia for treason, yet the court didn’t sit on the case.