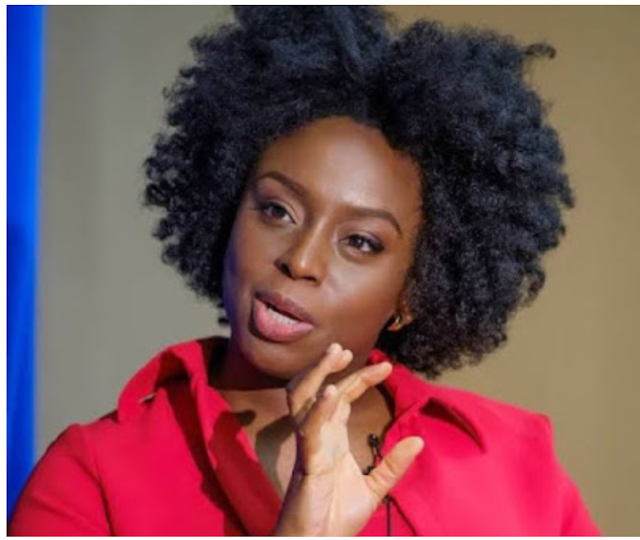 Chimamanda Ngozi Adichie, a writer, says she’s not attending Catholic churches in Nigeria because events have become “too much” about wealth, fundraising, and thanksgiving.

In a recent interview with Ebuka Obi-Uchendu, a television presenter, she spoke about her agnostic approach to religion.

The 43-year-old journalist, while mentioning that she still considers herself a Catholic nominally, said that she attends masses outside the country only when she sees a “progressive” Catholic culture that respects humanity.“I grew up Catholic. Catholicism was very important to me. It‘s almost like a culture, not just a religion. So even if you leave the Catholic Church, it’s in you. Today, I don’t like to talk about religion because I don’t know,” she said.

“I think of myself as agnostic and questioning. Catholicism holds you tight. There are many other protestant denominations that are not so. It’s all-inclusive. ‘You cannot eat before mass. You have to go to confession.’

“There are so many rules. It teaches you guilt in a way that I don’t think so many protestant denominations do. I’m Catholic, nominally. I still feel protective of some things about the Catholic Church. But I don’t attend it in Nigeria.”

Chimamanda also spoke of her admiration for Pope Francis on account of his “attempt to reform” the system.

“Culturally, I call myself a catholic. But if being religious means performing and going to confession, I’m not. I don’t go to church in Nigeria. Outside the country? Certainly not often. When I find a progressive Catholic Church, I go.

“There’s still something beautiful about the mass. I find Latin beautiful, the priests sweeping up in their dresses, and the sense of community. But there’s also a lot that I quarrel with. It’s the pope I love because he’s so human.

“Hyper-conservative Catholics don’t like him. But if they read Catholic history, they should know there have been people like him who have reformed the church. I respect religion in general while questioning some of its excesses.”

Chimamanda: Why I hardly ever watch Nollywood movies

Chimamanda also spoke of the country’s entertainment (both movie and music) industry.

“Nollywood is something I’m grateful exists. If I’m outside Nigeria, you dare not talk bad about it. I will fight you. But I hardly ever watch Nollywood. Years ago, I would start something and it was just hard to finish,” she said.

“I watched it because a friend of mine had suggested it and because I feel very emotionally attached to the original ‘Living In Bondage’. It’s charmingly innocent. Jazz in Nollywood has always been a thing that I liked to mock.

“People turning in chickens and that kind of thing. But the way jazz was done in this remake was really good.

“It’s a testament to what Nollywood has become and what it can do. But I’m must say that I’m much more willing to give Nollywood a chance than I’m to give mainstream American TV shows a chance.”

Chimamanda: How my husband’s role in ‘Star Wars’ movie was cut

Chimamanda also recounted how Ivara Esege, her husband, was made to play an extra in one ‘Star Wars’ movie.

“My husband loves ‘Star Wars’. He’s been a fan. One day we were at an Oscars party and we were seated with J.J. Abrams, the director. So he says to me, ‘My wife loves your work, my kids love your work’,” the writer narrated.

“I agreed to take a picture with him but told him, ‘My husband really liked Star Wars. So what can we do about that?’ I was joking, but my husband starts talking about it, and J.J. is getting really excited.

“He asked me if he’d like to be an extra in a text later on since he was to shoot in London a few months from that time. A few weeks later, he goes to the set. He was supposed to be one of those people who wear this metal thing.

“They measured him; he wore it. His role was to come on set and look surprised. I asked J.J. how he did later and he said, the first time they told my husband to look surprised, the man ran out and was like ‘Hei!’ (hands on head).

“The Nigerian in him came out. I’m sure JJ was like, ‘we’d like you to be a bit less African’. They did a few takes before he got a ride. We weren’t supposed to tell anyone until the film comes out. But the scene was later cut.

“He was fine with it. For him, it was nice to see the behind-scenes. We went and saw one scene with John Boyega.”