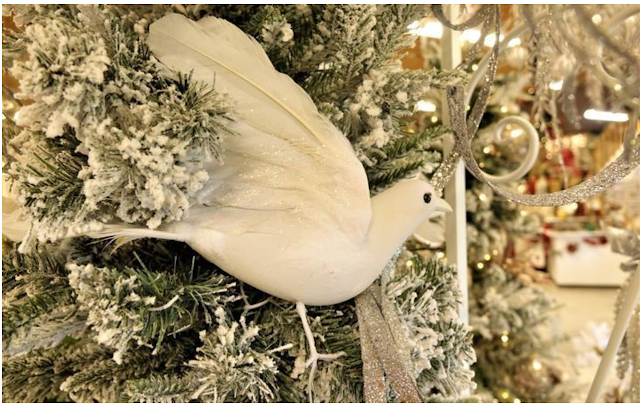 In the 2018 census, 2.2 million people (almost half the population) said they had no religion, eclipsing the previous Christian majority. However, the beliefs of New Zealanders who are religious are increasingly diverse, and Hinduism, Islam and Sikhism are among the belief systems that have been growing.

It follows that the Kiwi Christmas Day is also evolving, away from the imported European traditions that have never quite fitted with the Antipodean summer, hopefully leaving us with a fresh mix of some of the best elements of the old and the new.

A rationalist organisation celebrating Christmas as New Zealand’s foremost holiday festival should be updated, with Matariki a better candidate.

Judy de Leeuwe, secretary of the NZ Association of Rationalists and Humanists, said making the traditional Māori New Year the highlight of the calendar would be more appropriate and more inclusive.

Creating a Matariki public holiday was one of the Labour Party’s election promises.

“Christmas for me is more of an overseas thing, it’s a Christian thing,” de Leeuwe said.

While some members of the Rationalists and Humanists group prefer not to mark Christmas Day at all, others spend it as a family day, separate from its religious history, de Leeuwe said:.

“I was brought up as an atheist, and we didn’t celebrate it, but if I had friends that celebrated I’d go along and be a part of their celebrations,” de Leeuwe said.

“For Christmas I walk down Auckland’s Franklin Road to look at the lights, and that’s really nice, you don’t have to be religious to enjoy that one. One of our members has a tree with shells and stuff from the beach hanging in the tree, instead of stars.

“I’ve had friends who are astronomers, so I quite like looking up to the sky for Matariki, it’s nice and clear at that time of the year.”

Numerous number  of Christians across the world went  to church services on christmas day to mark the birth of their spiritual leader Jesus, more than 2000 years ago in what is now the West Bank occupied by Israel.

Despite a steady decrease  in numbers for some time, Christianity still remains  the biggest religion in New Zealand, with more than 1.7 million followers.

Brett Jones, the head of the country’s Methodist church, said :

” Christmas was a time of joy for Christians, and it marked the arrival of God as a human, bridging the gap between God and man”.

He said:” 2020 had been a tough year but Christmas offered the ‘headline’ that God was involved and offered hope”.

“There’s no part of the world that hasn’t been touched by the global pandemic; New Zealand has done so well as a community together, but my pick is that, especially after a second go in lockdown, people are all a bit tired, there’s a high level of fatigue.

“For us that has a real poignancy this year, we don’t want to be all happy clappy and pretend that it’s all right, because it’s been hard. But at the same time, we want to acknowledge that there’s a source beyond us that sustains us.”

At Christmas Christians sing, pray, and repeat the nativity story of Jesus’ arrival as a baby into a menacing  political climate in the Roman-occupied Kingdom of Judea, he said.

“If Christmas has a message it’s that God is just vitally interested in humanity, so committed that he put himself at risk, he came as a helpless vulnerable child, born in a society where everything was against him, and I think that’s the kind of God that it’s worth looking for hope from”.

“In a sense it’s Jesus’ birthday. God is not pretending to be human, in Jesus he actually becomes a human being, what that means for us is that all our griefs and despairs, our hopes, our uncertainties, Jesus has experienced.”

The message of a personal God is central to Christianity and Christmas celebrations, he said.

A stained glass window above the entrance to the Samoan Methodist Church in Levin. Photo: RNZ / Koroi Hawkins

Wellington Buddhist Akashagarbha urged those indulging in Christmas Day celebrations to consider the higher ideals behind the season.

He is a follower of the Triratna Buddhist faith, and said: ” Christmas Day is not a religious celebration for their members, but most enjoy it as a celebration day with their families”.

Buddhism teaches the need to keep the mind clear by not eating and drinking too much, and not getting caught up in materialism.

“Perhaps go back to reflecting that somewhere amongst the Christian ideals of Christmas there is that message of peace on earth and goodwill to all, which is something very, very strongly Buddhist.”

Triratna Buddhism was founded in England in 1967, it incorporates key principals of the world’s Buddhist traditions, like Theravāda, zen and Tibetan Buddhism, but adapted for practice in a Western context. Its followers aim to become more like the enlightened Buddha by following his dharma or teachings, together as a sangha or fellowship of people on the path towards enlightenment.

“I’m culturally a Kiwi, and Buddhist by religion. Most of the people that go along to the Wellington Buddhist Centre are similar – there’s a few ethnic buddhists that come along, but in most cases we’re Westerners,” he said.

Triratna’s main celebrations for the year are Buddha Day, Dharma Day and Sangha Day, which the members of the Wellington Buddhist Center come together to celebrate.

“There are colors that are associated with those three days, the Buddha is associated with yellow, so sometimes people are asked to wear as much yellow as possible, dharma is blue, sangha is red”.

“In Buddhist countries, they have colossal traditions of all sorts of things. We’re only a small group, without a whole society around us, so it’s quite low key”.

“We get together for an evening and have a shared meal, do some singing, music, chanting, somebody might give a talk, and there’ll be some type of ritual in the shrine. We decorate a special shrine using those colours, with more flowers and candles and incense, and the room’s a bit more decorative.”

Akashagarbha said: “when he lived in the UK, Christmas made more sense as a mid-winter solstice celebration, but in New Zealand it had largely become removed from its roots”.

Summer with a dose of Jewish heritage

Mike Regan, who is Jewish by descent, but is not religious, said: “Christmas Day was just another day for many Jewish families, but the summer holidays offered family time and beach getaways”.

“He shares a multi-generational family home in Wellington with his grandchildren, who will have a Christmas tree and presents”. While he and his wife planned to be at the family’s beach, reading and spending time with friends.

“Christmas doesn’t mean anything, and I have to say that nor does hannukah. I have participated in hannukah celebrations, but not since my teens. So being Jewish is not just a religion for me – for me it’s a nationality, a race”.

“We’ll sit there – hopefully in the sun, and relax, enjoy the beach, and lie back in the sun and read. I’ve got a couple of fix-up jobs to do on the house, so a couple of weeks will be consumed quickly. But you won’t find us doing anything special on Christmas Day. We might do the lawns, we’ll see.”

This summer he planned to reintroduce his grandmother Sophie’s special apple strudel recipe to his family.

“She’d developed quite a unique strudel – layers of pastry with apple and lemon, and sultanas and other stuff in it. She died in the 1950s, just a few years after she got to New Zealand”.

“I remember tasting it back then, but no-one ever made it after she died, and the recipe was lost in New Zealand. When I went back to England a few years ago and met up with a cousin, they brought in this dish, and when I tasted it, it came rushing back that this was the same strudel”.

“So I got them to teach me how to make it. It’s a nice reminder of age and tradition, it’s a family thing.”