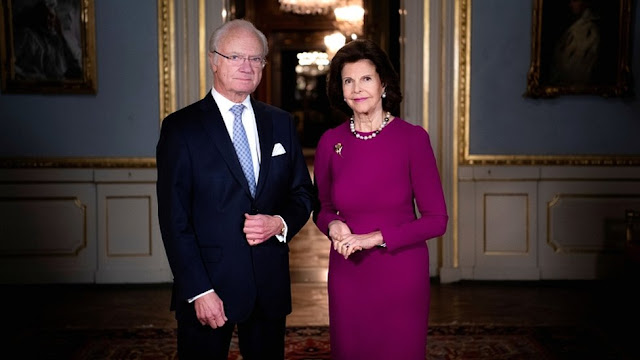 Sweden’s King Carl XVI Gustaf has described 2020 as a “terrible” year and says the national coronavirus strategy has failed.

He made the comment as part of an annual TV programme reviewing the year with the royal family.

Sweden has been condemned for its unconventional approach to handling the pandemic issues, relying more on guidelines and never forcing a full lockdown.

“I think we have failed. We have a large number who have died and that is terrible,” the king says in the programme.

“The people of Sweden have suffered tremendously in difficult conditions. One thinks of all the family members who have happened to be unable to say goodbye to their deceased family members. I think it is a tough and traumatic experience not to be able to say a warm goodbye.”

When asked if he was afraid of being infected with Covid-19, the king – who is 74 – said: “Lately, it has felt more obvious, it has crept closer and closer. That’s not what you want.”

Rosk Atkins looks at one country that has been an exception since the start of the pandemic:

Instead of relying on legal sanctions, Sweden appeals to citizens’ sense of responsibility and civic duty, and issues only recommendations. There are no sanctions if they are ignored.

Sweden has never imposed a nationwide lockdown or the wearing of masks, and bars and restaurants have remained open.

However, earlier this week, schools across the Stockholm region were asked to switch to distance learning for 13-to-15 year olds for the first time as soon as possible. The measure was announced in response to rising Covid-19 cases.

This came a week after a nationwide decision on 7 December to switch to remote learning for those over 16.

Swedes are advised to meet a maximum of eight people, gather outdoors if possible and avoid travelling by train or bus.

A formal ban on public gatherings of more than eight people remains, affecting events such as concerts, sports matches, and demonstrations.

Sweden’s state epidemiologist, Anders Tegnell, in November explained the strategy relied on a combination of legal and voluntary measures.

He told the BBC that this was, in the Swedish context, “the combination that we really believe is the best one”.

According to an official report released earlier this week, the strategy failed in its effort to protect the elderly in care homes – for which the government has admitted responsibility.

Sweden is also said to have one of the highest per capita Covid-19 death rates in the world and has had more deaths than the rest of the Nordic countries combined. This has led to criticism from the country’s neighbours, Norway, Denmark, and Finland that its less strict approach was putting their own measures at risk.

“I think most in the profession did not see such a wave incoming. There was instead talk of different clusters,” he said in an interview with daily Aftonbladet