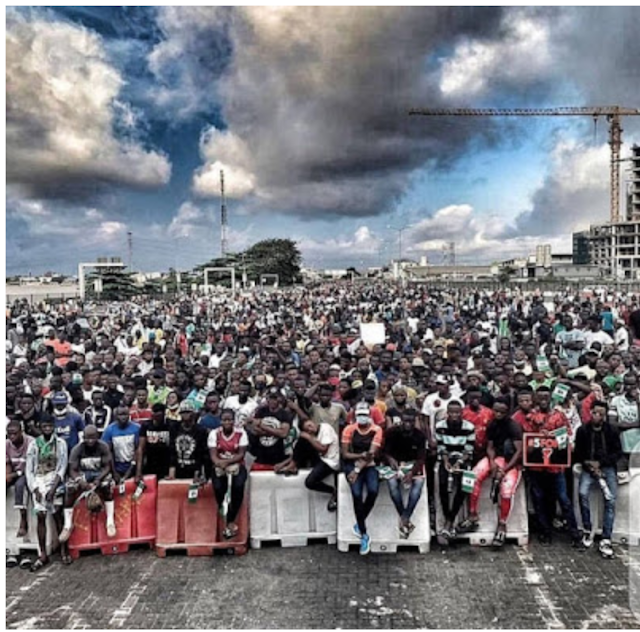 As the year 2020 winds up in a few hours time, we take a trip down memory lane at some of the events that shook the world, ranging from COVID-19 on the side of health, to politics and other issues.

Coronavirus also known as COVID-19 is a deadly virus which first broke out in Wuhan, China in 2019 and has since spread around the world, causing major changes in world operations and also bringing about tears, pains and sorrow.

Looking at 2020, the virus turned the world upside down and altered the way people interact, travel, communicate with each order.

Following the outbreak, various government’s of the world imposed lockdown as a means of trying to curb the spread of the virus.

The widespread of the virus in 2020 led to the closure of schools, market places, airports, social events, and total lockdown of the world for months. Since the pandemic got to its peak, the world has not remained the same again.

The pandemic has also caused thousands of the people to be at risk of falling into extreme poverty across the world.

Many people are unable to feed themselves and their families due to the lack of means to earn an income as a result of the lockdown imposed by various governments of the world.

Governments and health experts explained that the lockdown was aimed at curbing the further spread of the virus.

Following the outbreak, the usage of facemasks, hand gloves and sanitizers became the new normal. The World Health Organisation, WHO, has it that as at “December 2020, 80, 155, 187 cases have been confirmed across the world, including 1,771,128 deaths” also recorded.

Prominent personality who died of COVID-19

The virus has led to the death of some prominent people both in the international world and Nigeria.

In Nigeria, 67-year-old Suleiman Achimugu, a former Managing Director of Pipelines and Products Marketing Company (PPMC), was recorded as the first prominent personality to die of COVID-19 in Nigeria.

Also, a member of the Nasarawa State House of Assembly, Suleiman Adamu, on April 30, lost his life after a brief illness.

Days after Adamu’s death, sample taken from him returned positive for COVID-19.

Despite the uncertainty and fear caused by the pandemic at the beginning of the year, world health experts are currently working on vaccines for the virus.

Some renowned health pharmaceutical organisations have discovered vaccines for the virus, though the discoveries have been shrouded in controversies.

Dr Kalu Ifegbike of Federal Medical Centre in Makurdi, Benue State said human interaction is the most affected by the virus.

“Travelling and medicines are together, it has restricted movement. Human interaction has drastically been affected by COVID-19. The outbreak of the virus has also affected transactions a lot,” Ifegbike disclosed.

While the world was battling with the pandemic, Nigeria also witnessed some unusual event in its political sphere.

One of the major events that shook Nigeria in 2020 was the removal of Emeka Ihedioha and the installation of Hope Uzodimma as the executive Governor of Imo State.

This political turn-around came as a huge surprise to many Nigerians judging by the result of the 2019 governorship election in the state which saw Uzodimma finish fourth.

A sub-plot of this particular situation was that a Catholic Rev. Father, Ejike Mbaka had foretold the event in one of his church programmes attended by the All Progressives Congress, APC, governorship candidate in Imo State, Uzodimma.

Delivering the judgment, Justice Kudirat Kekere-Ekun said the votes due to Uzodinma and APC from 318 polling units were wrongly excluded and should be added.

This controversial ruling by the apex court was followed by another one on the governorship election in Bayelsa State.

Many Nigerian were shocked as the Supreme Court followed the ruling on Imo election with very similar one, nullifying the victory of David Lyon as the governor-elect in Bayelsa State.

The apex court led by Justice Mary Peter-Odili on Thursday, 13th February 2020, directed the INEC to withdraw the Certificate of Return issued to the APC candidate who was earlier declared winners of the November 16, 2019 governorship election in the state.

The five-man panel ordered INEC to immediately issue fresh certificates to the candidates of the party with the next highest votes, being Douye Diri of the PDP and his Deputy.

Justice Ejembi Ekwo gave the ruling after disqualifying the APC deputy governorship candidate, Degi-Eremienyo, as a candidate in the election.

Another major political event that made wave in the nation’s media was the removal of Adams Oshiomhole as the National Chairman of the ruling APC.

Recall that the Adams Oshiomhole-led National Working Committee of the APC was dissolved on Thursday, 25th June, 2020 by an emergency National Executive Council meeting presided over by President Muhammadu Buhari.

The decision was reached following the crisis that rocked the party resulting to flury of court cases amongst members which also led to the disqualification of Governor Godwin Obaseki to run on the party’s platform and subsequent decamp to the PDP.

The sack of Oshiomhole as the APC national Chairman and the decamping of Governor Obaseki and his Deputy, Philip Shaibu were part of the dramas that characterised the build up to Edo State governorship election.

Governor Obaseki was re-elected on Sunday, 20th September, 2020, after polling the highest number of votes as mandated by the law.

According to the results collated in 18 LGAs, Governor Obaseki, who was the candidate of the PDP, won in 15 Local Government Areas of the state.

Obaseki was sworn in for his second term in office on November 12, 2020.

The next big political event in the country was the governorship election in Ondo State, South West Nigeria.

The battle was between Governor Rotimi Akeredolu, candidate of the APC, Eyitayo Jegede of the PDP, and Agboola Ajayi, who ran on the Zenith Labour Party, ZLP platform.

Ahead of the polls, Ajayi, who was the Deputy Governor, had dumped APC for the PDP from where he joined the ZLP as he sought a platform to run in the election. The battle between between him and his former boss, Akeredolu formed a major highlight prior to the election.

However, Governor Akeredolu was declared the winner of the governorship election after polling the highest number of votes.

The Governor won in 15 of the 18 Local Government Areas of the state, while his rival, Eyitayo Jegede of the Peoples Democratic Party, PDP, won the remaining three within the Central Senatorial District. Ajayi could not secure any local government.

US election: Trump vs Biden

Away from Nigeria to the most talked about election globally, President Donald Trump of the United States of America lost the presidential election to Joe Biden.

Biden, who contested the election on the Democratic Party platform defeated the incumbent President and candidate of the Republican Party, polling over 300 Electoral College votes.

Trump, backed by the majority of the leadership of his party had rejected the result and till date, has refused to acknowledge Biden as the winner, citing election fraud, allegations he has failed to prove beyond reasonable doubt in as many courts he has gone to.

One of the major highlights of 2020 was the #EndSARS saga in Nigeria.

#EndSARS: A protest against the excesses of the disbanded Special Anti-Robbery Squad (SARS) shut down Nigeria in 2020.

Nigerians had enough after a viral video showed SARS operatives fleeing with the vehicle of a young man left for dead.

He had been flagged down and attacked near Wetland Hotel in Ughelli in Delta State.

The footage irked youths across the nation, and from October 8, they stormed the streets to express their anger.

Worthy of note was the announcement of the date by music star, Douglas Jack Agu better known as Runtown.

“This has gone long enough and now we MUST take action! I’ll be leading a protest to #ENDSARS on Thursday, October 8th 2020”, he tweeted on October 4.

His colleague, Folarin Falana aka Falz, a lawyer, teamed up, and the demonstration kicked off in Lagos.

But the peaceful rallies ended the night of October 20, after a Nigerian Army contingent allegedly opened fire at the unarmed protesters at the Lekki toll plaza. The incident attracted international condemnation and is under probe.

Riots erupted the next day as hoodlums looted or set fire to public and private properties.

The Nigerian government announced that the civil disorder, which lasted about a week, caused the death of 100 civilians and security operatives.

Further more, some other issues that shook the world in 2020 below:

The strike at the Baghdad International Airport also eliminated Abu Mahdi al-Muhandis, deputy commander of the Iran-backed militias in Iraq known as the Popular Mobilization Forces.

President Donald Trump said he gave the order after intelligence showed that Soleimani, head of Iran’s Quds Force, was planning an attack on the U.S. embassy in Iraq.

Iran retaliated with a missile attack on two U.S bases. The facilities include Erbil in northern Iraq and Al Asad Air Base in western Iraq.

The Department of Defense later said 110 service members were diagnosed and treated for traumatic brain injuries from the attack.

Australia fires:Started in September 2019 and dragged on till March 2020. It was the worst nationwide inferno in recent years.

Millions of animals died; nearly 20 million hectares and about 6,000 buildings, including 2,700 homes, were destroyed. More than 30 people were killed.

Regions of the state of New South Wales, eastern and north-eastern Victoria were severely affected.

The Australian military was deployed, while Canada, New Zealand, Singapore and the United States, sent reinforcements.

An air tanker and two helicopters crashed during operations; three crew members died in the tanker. Similarly, three fire fighters were killed when the inferno overwhelmed their trucks.

A number of private, passenger, military aircraft were affected. According to International Air Transport Association (IATA), there were 53 accidents and 240 fatalities in 2019.

Though the number of accidents in 2020 may be less due to months of airspace closure caused by the coronavirus pandemic, deaths won’t be less.

All 176 passengers on the Flight 752 Kyiv-bound died. The incident occurred amid the tension with America over the death of General Soleimani.

Canada confirmed that 63 citizens were on board. Others were 82 Iranians, 10 Swedish, 4 Afghan, 3 German and 3 British nationals.

Also in January, a plane operated by Afghanistan’s state-owned airline Ariana crashed in the Ghazni province.

In May, a Pakistan International Airlines plane has went down in a residential area in Karachi.

More more than 100 people were onboard. Additional casualties on the ground were reported.

In September, a military transport plane, carrying Air Force cadets, crashed and burst into flames in Ukraine. At least 22 people were killed.

Beirut explosion:In August, Lebanon recorded one of its worst disasters when a large amount of ammonium nitrate stored at the port of the capital exploded.

In 2014, the Rhosus cargo ship – owned by a Russian, Igor Grechushkin – was abandoned in Beirut.

Authorities stopped the unloading or transfer of the ammonium nitrate it carried. The chemical compound wreaked havoc six years later.