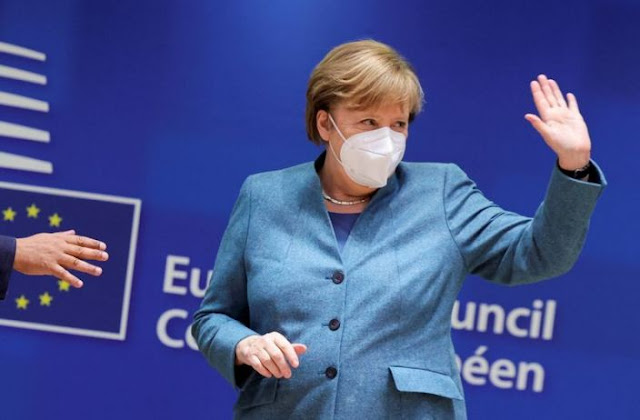 Germany will close shops from the middle of next week in adherence  to the coronavirus lockdown restrictions, people familiar with the matter said on Saturday.

The decision was made in advance of a meeting planned for Sunday morning between Chancellor Angela Merkel and state leaders as Europe’s largest economy tussles with an increase in infections.

Germany has been in partial lockdown for six weeks, with bars and restaurants closed, while stores and schools have remained open. Some regions have already imposed tougher measures as infections grew.

Markus Soeder, the premier of Bavaria, told Germany’s Bild newspaper that the new measures would be wide-ranging, including schools, kindergartens, contacts and shops.

“We definitely have to take the necessary measures before mid-week,” he said.

Germany was more successful than many European countries in keeping the pandemic under control in the first wave in March and April. But it has been fighting to reverse the situation in the second wave with what has been nicknamed a “lockdown lite”.

Daily new infections have riesn to 28,438, while the daily death toll was 496, data from the Robert Koch Institute (RKI) for infectious diseases showed on Saturday.

During an online event with the Social Democratic Party, the Finance Minister diclosed to it’s members that :

“We must take steps in the coming days that are very far-reaching and very hard-hitting,”

The numerous  lockdown measure oppositions have frequently demostrated in German cities over curbs. On Saturday, police in Frankfurt and Dresden were dressed in riot gear and armed with water cannon to enforce a ban on such protests.

Economy Minister Peter Altmaier told the RND newspaper group on Saturday that hospital intensive care units were beginning to be put a great strain upon their limits and that Germany could not wait until after Christmas to react.

Merkel has favoured stricter pan-German measures but was still lost in agreement from the nation’s 16 states.

But some states have since clamped down on their own.

Curfew will be  enforced in the southwestern state of Baden-Wuerttemberg from Saturday night,  with the exception of those on essential duties or for  other crucial reasons.