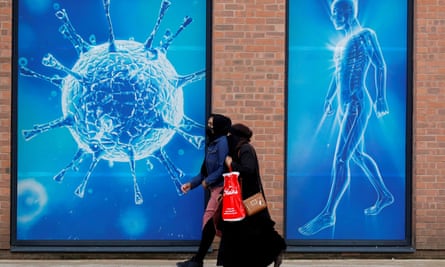 A new variant of coronavirus has been found which is growing faster in some parts of England, MPs have been told.

He said the World Health Organization had been notified and UK scientists were doing detailed research on it.

He said further that there was “nothing to suggest” and that it caused the worse disease or that vaccines may no longer be effective.

media caption: A new variant of Covid could be speeding up the spread of cases in parts of southeast England, says Matt Hancock.

He told MPs in the House of Commons that over the last week, there had been sharp, exponential rises in coronavirus infections across London, Kent, parts of Essex and Hertfordshire.

“We’ve currently identified over 1,000 cases with this variant predominantly in the South of England although cases have been identified in nearly 60 different local authority areas”.

“We do not know the extent to which this is because of the new variant but no matter its cause we have to take swift and decisive action which unfortunately is absolutely essential to control this deadly disease while the vaccine is rolled out.”

Prof Alan McNally, an expert at the University of Birmingham, said UK testing labs had picked up on this new variant in the last few weeks.

He has told the BBC:

“Let’s not be hysterical. It doesn’t mean it’s more transmissible or more infectious or dangerous.

“It is something to keep an eye on”.

“Huge efforts are ongoing at characterising the variant and understanding its emergence. It is important to keep a calm and rational perspective on the strain as this is normal virus evolution and we expect new variants to come and go and emerge over time.”

Dr. Jeremy Farrar, Director of Wellcome, said it was potentially serious. “The surveillance and research must continue and we must take the necessary steps to stay ahead of the virus”.

There is a simple rule for understanding all “new strain” or “new variants”: Ask whether the behaviour of the virus has changed.

This is crucial as viruses mutate all the time, it’s just what they do. And so far we’ve been given the “scare” but not the “answer”.

Matt Hancock said the new variant of coronavirus “may be associated” with which spreads faster in the south-east of England.

This does not mean the same it “is causing” the rise and Mr. Hancock did not say this virus has developed to spread from person-to-person more readily.

New strains can become more common for reasons that have nothing to do with the virus.

One explanation for the emergence of the “Spanish strain” over the summer was tourism.

So at the moment, there are scary headlines everywhere, but still no scientific detail to know how important it is.

Prof Jonathan Ball, Professor of Molecular Virology at Nottingham University, said: “The genetic information in many viruses can change very rapidly and sometimes these changes can benefit the virus – by allowing it to transmit more efficiently or to escape from vaccines or treatments – but many changes have no effect at all”.

“Even though a new genetic variant of the virus has emerged and is spreading in many parts of the UK and across the world, this can happen purely by chance”.

“Therefore, it is important that we study any genetic changes as they occur, to work out if they are affecting how the virus behaves, and until we have done that important work it is premature to make any claims about the potential impacts of virus mutation”.