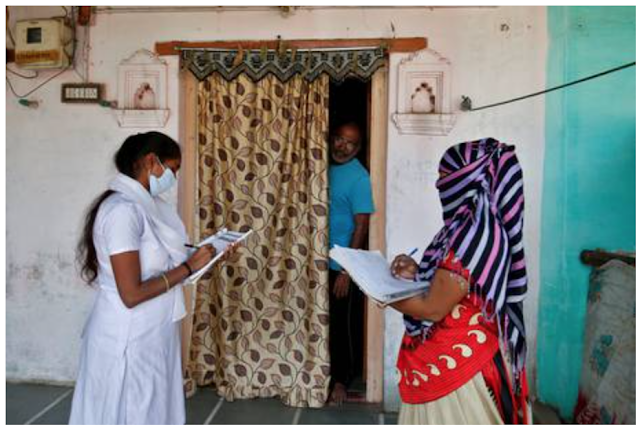 Socially aware bond holders will be targeted in the coming surge of vaccine bond deals that will aim to provide billions of dollars for the speedy roll-out of COVID-19 shots for developed countries.

Dedicated vaccine bonds have also been deployed, but the urgent financing needs of COVID-19 could lead to significant quantities of new launches in 2021.

“There is no doubt that investors value the Social label on public sector debt issuance and vaccination is the ultimate social project,” said Philip Brown, Citi’s head of sustainable debt capital markets, who helped to sell a vaccine bond in October.

“This is going to be an important theme in 2021…We need a bigger effort now, which involves huge sums of money up front.”

The overall cost of immunising the developed world is difficult to gauge, but is estimated to be in the tens of billions of dollars.

The GAVI vaccine alliance said last week that a joint facility with the World Health Organisation to procure and administer COVID-19 shots in 92 developing countries required about $5 billion next year to produce 1.3 billion doses. The number, in addition to the $2.1 billion already obtained, may prove to be underestimated if the cost per dosage is higher than expected.

Cyrus Ardalan, Chairman of the International Finance Facility for Immunization (IFFIm), which boosts GAVI funds, reports that between a quarter and half of GAVI’s COVID-19 financing needs will be fulfilled by IFFIm bonds.

He told Reuters he was “very confident” of at least one or two new bond launches in 2021.

“The key is in my mind to see how well GAVI is able to mobilise resources and secure vaccines so that we have an equitable distribution across countries globally,” he said. “Emerging market countries are extremely vulnerable.”

Double-A rated IFFIm is built to turn potential donors’ pledges into cash-in-hand for vaccine services today. In October, it raised $500 million from its first vaccine benchmark bond in a more than three-fold oversubscribed three-year period.

The Geneva-based GAVI, which has secured hundreds of millions of doses of AstraZeneca’s candidate vaccine, plans to pay at least the first one billion doses of licenced vaccines and is targeting 20 per cent of the population in developing countries.

The amounts needed are immense.

International organisations report that vaccination for one-fifth of Latin America and the Caribbean will cost more than $2 billion, whereas moving this to priority communities in Africa would cost about $6 billion.

Not just does GAVI switch to bond markets.

The African Development Bank (AfDB), the World Bank’s International Finance Organization and sovereigns such as Indonesia and Peru have all issued bonds in 2020 with revenues related to tackling COVID-19 and alleviating the economic slowdown, but not directly to pay for vaccinations.

Social bond issuance has exploded in 2020 as a result of increasing interest in responsible finance and more policymakers and agencies seeking to use it to support socially beneficial initiatives. Such bond purchases have reached $163.7 billion annually, nearly 12 times the 2019 pace, based on Refinitiv results.

“We expect a large amount of social bond issuance in 2021. We expect the market to become more organised and it’s going to become increasingly investor-led,” said Credit Agricole’s head of sustainable banking, Tanguy Claquin, who worked on IFFIm’s October bond.

Given the cost of vaccines for 3.5 billion people living in low and lower middle-income countries, the sector-familiar bankers said that development banks, such as the AfDB, might start increasing bond funding linked to vaccination rollouts.

Citi’s Brown said it would take too much time to introduce completely new financing organisations.

“It makes sense to use market structures that are already in place.”