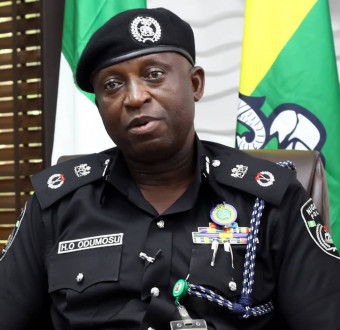 The Lagos State Commissioner of Police has described the level of insecurity in the state as enormous since the EndSARS protest and charged his officers in command to rise up to the security threat and take over the louts who have incapacitated people, vandalized properties, and disabled security personnel. After the protest morale of the police officers has dropped drastically.

CP Hakeem Odumosu in negotiation with Inspectors and other rank officers at POWA Conference Hall Oduduwa, GRA, Ikeja, on the 25th day of November, engaged the officers on a heart-to-heart conversation on the way forward of policing the state and improving security, especially in the ember months.

The command spokesman Muyiwa Adejobi confirmed that Odumosu has challenged the officers to rise up, remove sentiments and discharge their duties without fear or favour as the law demands.

“We must rise up to the security challenges in the state and continue to contain them appropriately in as much as the Nigeria Police reigns,” Adejobi says.

The officers verged to deal with corruption and remove unprofessionalism in the discharge of their duties. They further commended the Commissioner of Police for his fatherly roles and concern to see their safety and welfare improved.

The attendance in the father-to-son talk was, Deputy Commissioner of Police, Department of Operations, DCP Mohammed Ali, Deputy Commissioner of Police, Department of Finance and Administration, DCP Etim Oqua, ACP Department of Operations, ACP Dotun Odubona, ACP Wale Ajao, Second- in – Command to Commander Rapid Response Squad, Lagos State and staff officers from the Command Headquarters Ikeja, but with the exception of the Area Commanders and Divisional Police Officers.