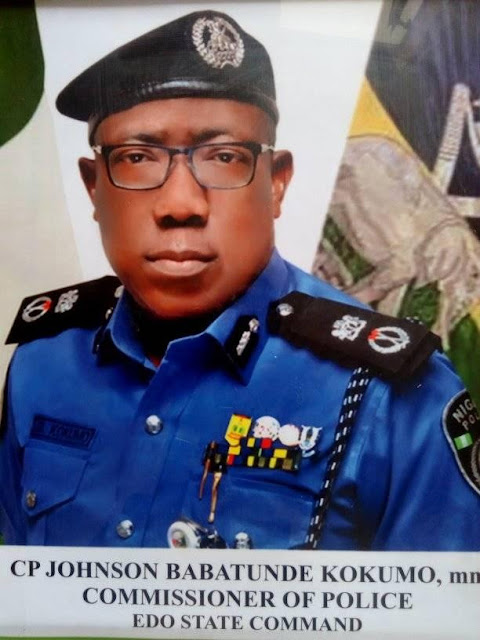 The Edo State Police Command said it has exposed a plot by suspected armed robbers to mug commercial centres, shops, and banks beyond the state.

The State Commissioner of Police, CP Johnson Kokumo, who revealed this on Saturday, December 12, said intelligence gathered, suggested that these muggers had secured refined weapons to release attack on the state.

CP Johnson had warned beforehand that his men are capable of dealing with anyone who had planned to bring any form of chaos in the state either before, during, or after the Christmastide.

“We have uncovered plans by bandits to attack banks and throw the state into a panic. But I can assure you that adequate security had been put in place towards a hitch-free Christmas and New year celebrations,”

“Already, Armoured Personnel Carry and other equipment have been put in place to combat any security breach in the state,” he added.

He had bemoaned the release of 2000 prisoners by hooligans who hijacked the #ENDSARS protest had multiplied the security challenges in the state, he begged the citizens to work with the police by reporting suspicious characters to the command.