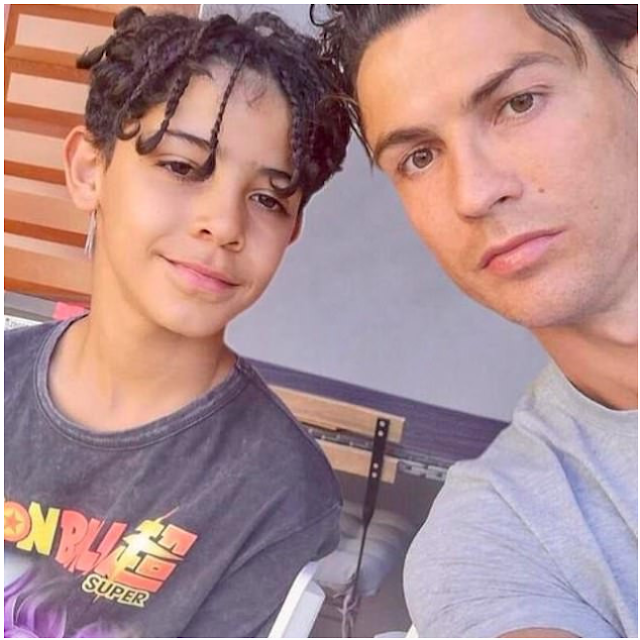 Cristiano Ronaldo has disclosed he won’t labour  his 10-year-old son, Cristiano Jr, to follow him and make football his profession as long as he becomes the best in the world in any other occupation he chooses  to pursue.

Cristiano Ronaldo was named Player of the Century at Globe Soccer Awards on Sunday, December 27, and spoke about his 10-year-old son Cristiano Junior at the ceremony. 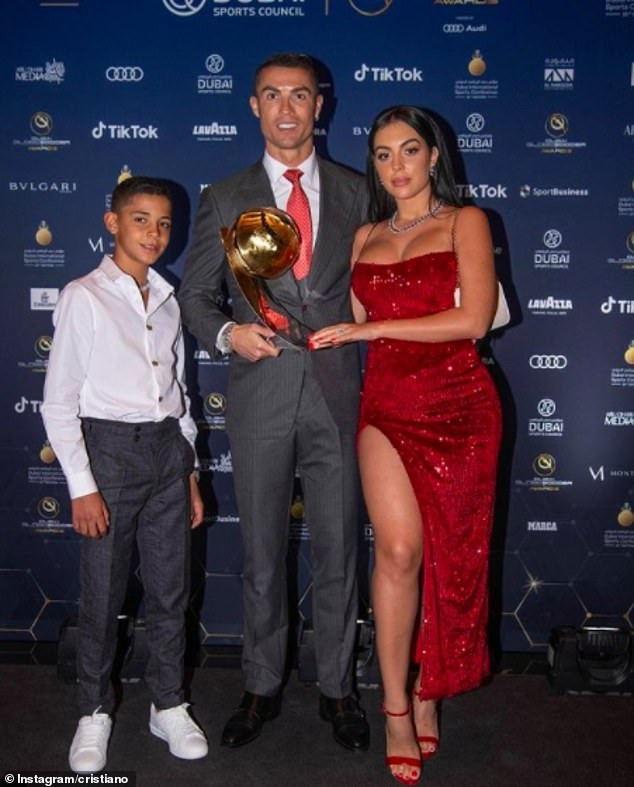 Cristiano Junior, 10, plays in the Juventus academy but Ronaldo said ” his son doesn’t necessarily have to become a footballer even though he does get irritated when his son drinks coke and eats crisps”.

‘We’ll see if my son will become a great footballer,’ Ronaldo said.

‘Sometimes he drinks coke and eats crisps and it irritates me, he knows that.

‘Sometimes I tell my son to take a dip in cold water to recover after a run on the treadmill and he says: ‘Dad, it’s so cold there’. That’s fine, he is only 10 years old.

‘I always tell him that it takes work and dedication to have success. I won’t pressure him to become a footballer but I would like it.

‘The most important thing is to become the best in his field, whether it is football or medicine.’