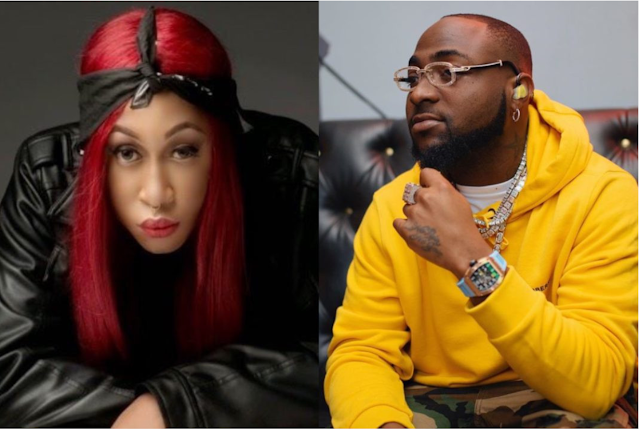 Cynthia Morgan has confirmed that Davido never picked up her phone calls or answered the messages she sent to him after he asked her to contact him in a tweet he shared.

Recall that in the aftermath of Cynthia Morgan’s online face-off with her former employer Jude Okoye, Davido posted a tweet telling the dancehall singer to contact him. 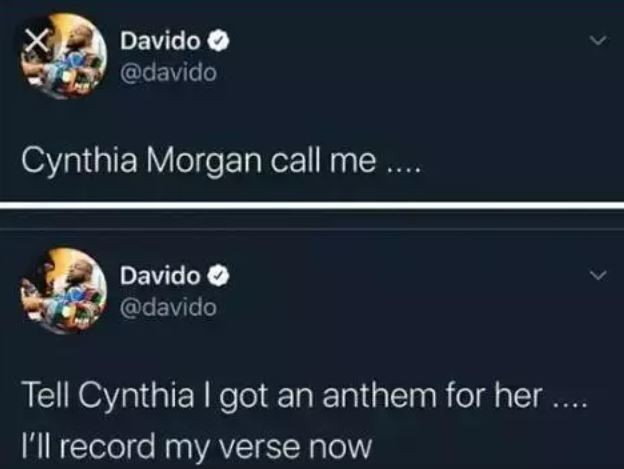 Serving an update in an interview with Hip TV, Cynthia also announced that she had made a demo for the album that Davido had sent to her but that she still had to hear from him after three months.