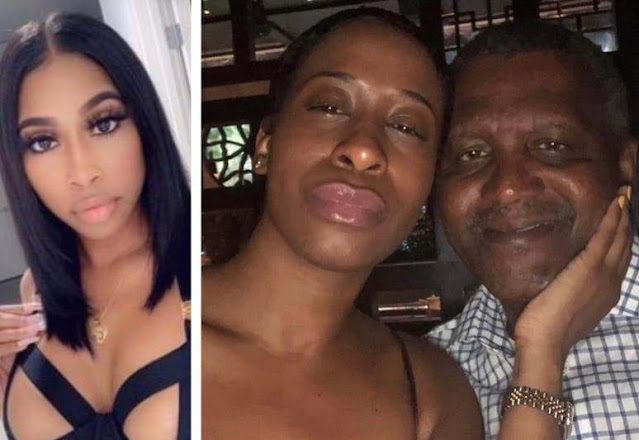 Another lady called out Aliko Dangote’s supposed ex-girlfriend, Bae Lewis, after she said she had dated him.

Yesterday, a lady known as Bae Lewis on Instagram posted her photos with Dangote as she revealed how she met and dated Dangote. She also said that Dangote had broken her heart. Read Here

Even so, another lady on Instagram @allaround1 called on Bae Lewis to search for clout as she accused her of lying that she was dating Dangote.

She also shared alleged message she received from Dangote and a video of them chilling in an apartment together.

So this is how rich people’s yansh(dangote) looks like.. but tell me, what’s really happening??? 2021 is like its for the Rich Shepeteri FC pic.twitter.com/R5znm8u20H